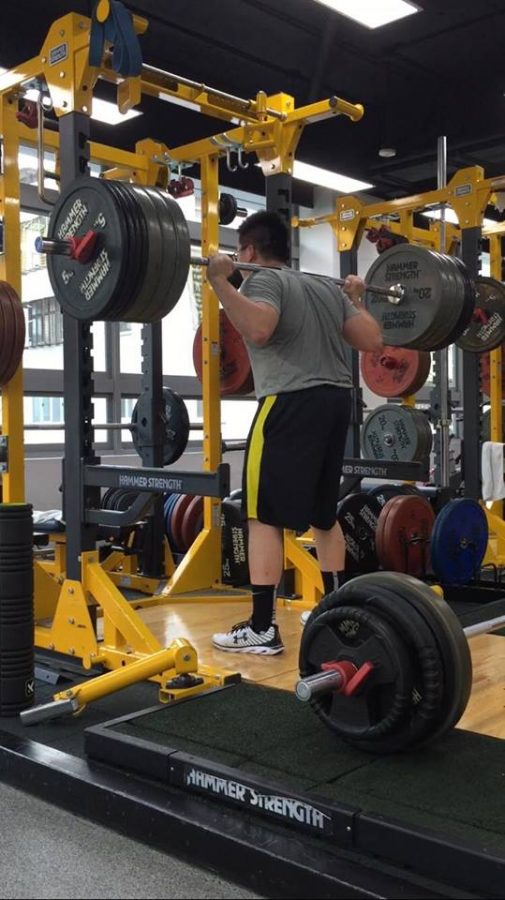 Every time I walk into the gym, I can expect to see a group of boys standing around the weights, all there with slightly different goals and motivations, whether it be training off-season or lifting to stay healthy. Maintaining a healthy and balanced lifestyle is something that TAS has always promoted and embodies with our state-of-the-art Tiger Health and Wellness Center and excellent PE program. In the past few years, however, body image has grown to be an unspoken yet prevalent concern for dozens of TAS boys.

Vincent C. (12) says, “The workout culture at TAS is messed up. Everyone is so focused on getting abs and big arms that they often forget to train their legs and for functional strength.”

Powerlifting focuses primarily on gaining maximum functional strength and is officially defined as a strength sport that consists of three attempts at maximal weights on three lifts: squat, bench press, and deadlift.

Vincent says, “The sport of powerlifting has opened so many doors for me that it has given me the drive to keep going back to the gym and giving my all every workout. A lot of people ask why I only train for functional strength, and the reason behind that is because all my life I’ve been proving stereotypes wrong, and being an Asian, competing at a powerlifting meet on an international stage would break many barriers.”

Ivan Y. (12) started lifting for entirely different reasons. When he was little, people would always point out how skinny he looked. Eventually, he got annoyed at all the comments and being skinny started to make him feel weak. After he started to work out and see results, he became addicted. Now, as a bodybuilder, he directs his focus and training on size and physique.

For Vincent and Ivan, powerlifting and bodybuilding, respectively, have become their main motivation for lifting.

“I feel like people care so much about body image that they are scared to go to the gym. They are afraid to be judged and laughed at, at least that’s how I felt when I first ventured into the gym,” says Vincent. In fact, Vincent actually started working out at a commercial gym where nobody knew who he was. For six months, he was too afraid to workout at the school gym.

Myles S. (12) believes that some boys at TAS aren’t heading into the gym carrying the right mindsets. “There’s a good chunk of people who go to the gym frequently and really stay fit. That being said, there’s a worrying amount of kids who don’t do legs. Also, you have some boys who take supplements or extra protein but don’t even work out, with the belief that the things they’re putting into their body will help them out somehow,” he says.

Ivan says, “I think it’s a mentality issue. Boys at TAS want to work on their physique but they either give up too easily or they’re afraid of being judged for being inexperienced. At least that was how I felt when I was an inexperienced lifter.” According to Ivan, the biggest enemies we counter when it comes to getting big or fit is time and yourself. Patient and passion are essential and consistency is crucial.

Mr. Mitchell, Head Strength Conditioning Coach, also warns against the dangers of working out for the wrong reasons. He says, “I think it’s really good that people are getting into the weight room. We [the athletic department] have made it a focus to get more kids active through the fitness classes. The dangerous part is when students start to focus on body image, rather than what they are getting out of the workout. It’s not good when people start to compare themselves to other people.”