The formula to a long lasting relationship 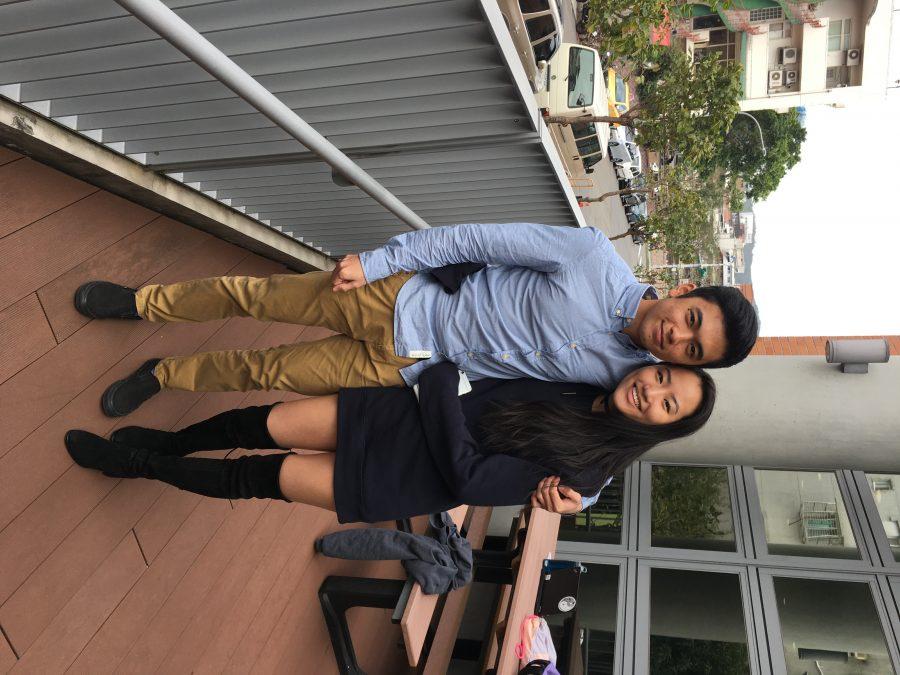 Speaking out may be the key

Their relationship sparked during a party in August; Don T. had lost a bet. The secret to their relationship is communication. “Don’t close up and shut the other person out.  Talk to them and resolve the issue together, it’s alright to be upset. [A] problem [occurs] when neither partner is willing to talk and resentment manifests,” Angela and Don say.  They both welcome changes in a relationship, but only if it’s for the good.  Even though Angela and Don have not made it past the one year mark yet, they already have long distance plans for the future.  Angela says, “he lights up my world and I would never want to be without him, even if I have to wait years to be together again.”  It is obvious that opening up to each other keeps their relationship happy.

Common interests is a plus

When news gets around that a new student is coming to school, most students’ first reaction would be to search them up and stalk them on Facebook or Instagram.  Never would one have thought that simply chatting up a new girl would turn into a three year relationship. Seniors Lauryn V. D. and Oliver G. are one of the most well-known couples at TAS; they are always there to support through troubles and not to mention, sports games. One of the memories they share  is from one Valentine’s day, “he [even] snuck into my house by jumping the fence and surprised me with chocolates and flowers,” says Lauryn.

Have A Person Who Makes You Better

Imagine getting asked out through email.  This digital idea may never have crossed a high schooler’s mind.  Yet, the longest lasting freshman couple came together through a long email thread.  Freshman Olivia H. and Reid C. have been dating for more than a year.  In this year, they have grown together and changed themselves for the better. For example, Reid gave up eating any nuts because of Olivia’s allergy. But most importantly, he became hard working and improved his below average grades. On the other hand, Olivia has become more open about what she feels: instead of keeping thoughts to herself, she has learned to speak about them with her partner.  This couple definitely  continues to make each other better people.

Be Honest and Communicate

In most relationships, couples are expected to love their partners just the way they are.  However, throughout Benita and Jeffrey’s four year relationship, Jeffrey has practiced a different idea: he suggests  to “judge your partner as much as you want because if they can’t take it that means you guys aren’t meant to be.”  Their high school love story began with Benita as a wing woman for Jeffrey’s last relationship with Benita’s best friend.  However, Jeffrey broke up with Benita’s friend and Jeffrey’s constant asking for history notes sparked a love.  When asked to rate each other, Benita looks expectantly into Jeffrey’s eyes and he replies, “8-, ehh..,no.. 9.9.” While Benita replies, “He’s a solid 8.7.”  Benita and Jeffrey truly embody their advice of being honest and communicating what you feel.