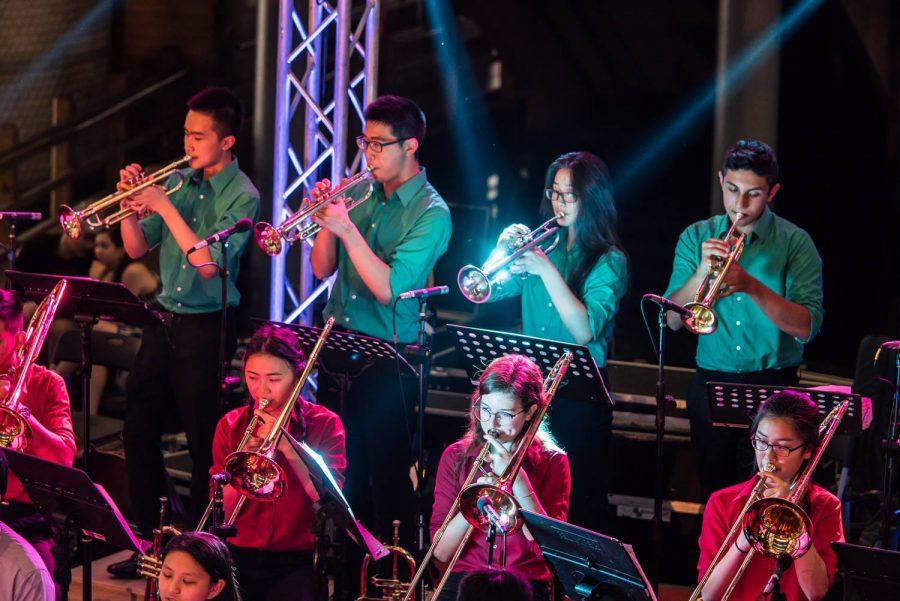 From Sep. 27 to Oct. 1, Upper School students Annabel Uhlman (‘18), Jerry Zhang (‘18) and Jonathan Hau (‘19) will be participating in the AMIS Jazz Festival at the United World College in Singapore. Annabel plays the trombone, Jerry plays the saxophone and Jonathan plays the trumpet.
The Association for Music in International Schools (AMIS) is a five-day festival in which students from international schools come together for an ensemble. Festivals are held for different ensembles throughout the year. While the jazz and vocal festivals, which are being held together, are in late September, the strings and band festivals are held together later on in the school year around March.


The AMIS Jazz Festival allows students to attend an ensemble that focuses on jazz, in comparison to IASAS, which Jerry says is “more focused on classical music.” Annabel says, “the first couple of days [of the festival consists of] workshops and sectionals for improvisation in small groups. And the last day is the performance.”
Jonathan gravitated towards AMIS and its jazz focused ensemble because of the freedom in jazz. “I used to play classical music, and it’s not that I don’t like it, but the classical composers compose the pieces in a certain way and people expect you to play it in that way,” he says. “But [in] jazz, I feel like I can play whatever I want. When I play something bad or something that sounds wrong when I improvise, I just go with it and make it better.”
Annabel, Jerry, and Jonathan all received two pages of audition music to prepare for the festival and went through a very detailed selection process to be able to travel to Singapore. “At the end of last school year [2016-2017], we prepared recording with the audition music that AMIS gave us,” says Jerry. Annabel adds that the pieces were recorded at different tempos and that she also had to record “[herself] improvising a solo with a song that plays in the background.” “Improvisation is making it up while you’re on the spot but there are many approaches as to how you can do that,” says Jonathan. He explains that song structure, chord progression, and the style of the music –whether swing, blues, or Latin– are all crucial components in improvisation. “Then we submit the recordings and the organization selects players based on the recordings,” says Jerry.
As the AMIS Jazz festival approaches, Annabel prepares the six band set pieces by learning the music and making sure she knows them really well. While Jerry comments that “it’s unfortunate that the festival is held at a time [during the year when] a lot of people have a lot of stuff going on”, he looks forward to learning more and getting better at jazz at the festival. Likewise, Annabel is not only eager to work with professionals a the festival, but also “jamming together” with other international school students. “Music can bring people together,” says Annabel. “It’s really cool to meet new people from all over the world.”
Delete Image
Align Left
Align Center
Align Right
Align Left
Align Center
Delete Heading