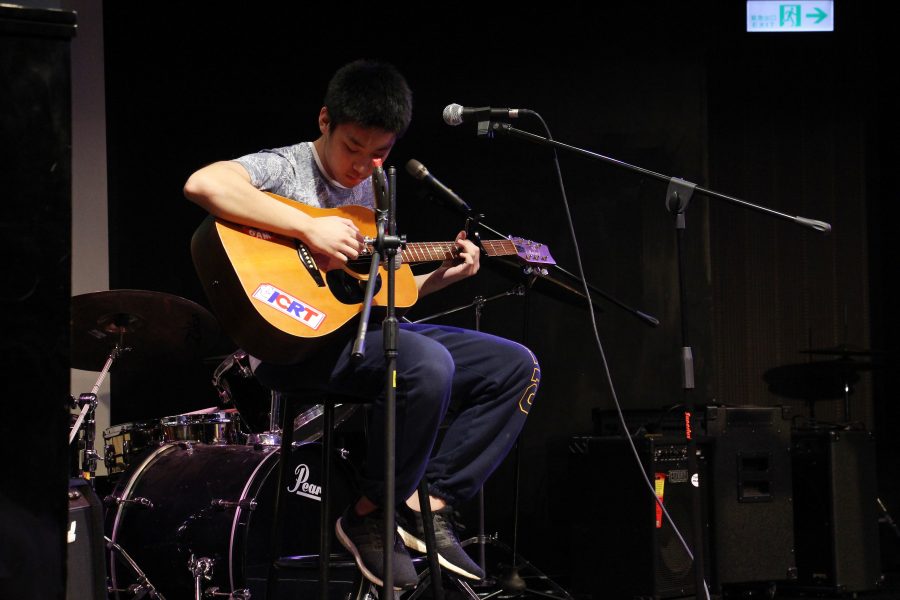 The annual charity concert Amnesty International Café supports human rights advocacy by bringing to light social issues that are often not seen by the public eye. This year’s AI Café was a record breaker: the turnout was twice as large as last year’s, with 140 tickets sold. “The ticket funds support the fight for human rights activism either through AI or partner organizations,” says Head of Administration Clarence Abrena (‘18). “We also received a record number of letters. I’ve never seen this much enthusiasm before,” says AI president Alex Huang (‘18).
Through this music festival, Amnesty International brings members of the TAS community together to support ongoing campaigns for indigenous rights in Canada, Colombia and Honduras. “Indigenous rights of people around the world and in Taiwan are seeing their rights trampled upon and their land threatened in addition to facing discrimination,” says Alex.
In between performances, Alex and Head of Activism Charlotte Lee (‘20) spoke on the MILPAH indigenous people in Honduras, who are being exploited by hydroelectric and mining companies. “Their safety has been threatened by the interests they are advocating against,” says Alex. “Maybe we don’t realize how important our culture is until it is taken away. For indigenous peoples, culture is not something they can take for granted – it takes conscious effort to preserve and this fight is threatened by companies that want to take the Earth’s land for themselves,” says Charlotte in her speech.
Those at the Café were asked to write a letter for Write For Rights and to support AI petition appeals in Canada, Colombia and Honduras. “For the most part, we are asking the government to protect indigenous communities from the commercial interests that undermine their way of life. They deserve to live a life free of harassment,” says Alex. Charlotte concludes, “No one should be a bystander. If we don’t speak up for these indigenous peoples, no one will.”