OPINION | We should not celebrate Thanksgiving 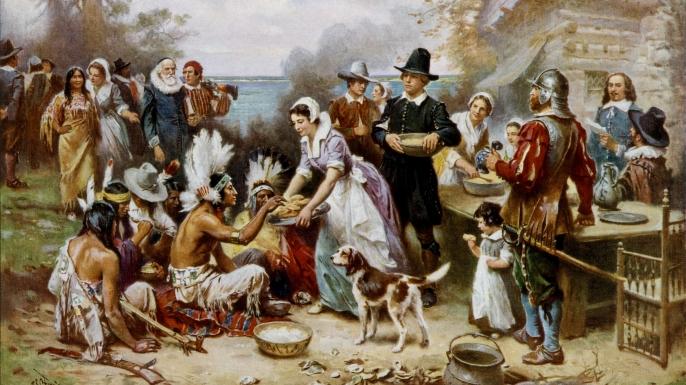 The traditional story behind Thanksgiving paints a beautiful picture of friendship: the European Pilgrims and the New England Native Americans shared a celebratory meal after a successful harvest in the 17th century. Yet, this story is at best oversimplified and misleading, and at worst, racist, so Thanksgiving should not be a holiday.
Thanksgiving’s conventional, heartwarming story ignores its dark past. While the feast did happen, it obscures the fact that colonists had been committing violence against Native Americans by invading and raiding their lands since long before the feast even happened.  In 1637, the Massachusetts Colony Governor declared a “Thanksgiving” to celebrate the return of hunters who had just massacred 700 Pequot Indians; thus the United American Indians of New England made Thanksgiving a day of mourning.
The fact that that Americans celebrate on the same day Native Americans grieve is inappropriate, especially since Native Americans continue to face discrimination today. The Standing Rock protests, also known as the Dakota Access Pipeline protests, occurred in 2016 as a reaction to the approved construction of a pipeline that would run through sacred ancient burial grounds of the Standing Rock tribe. Despite widespread protests, where police even used water cannons on Native American protesters in freezing weather, the pipeline was completed under U.S. President Donald Trump’s administration. Additionally, schools for Native American children are below standards and underfunded by the government, one in four indigenous people live in poverty, and their unemployment rate is double the national rate.
In present times, some people celebrate Thanksgiving for the sole reason of showing gratitude for what they have, which is far from a terrible act. Still, giving thanks is never limited to a single day in the year, and neglecting the entire history of this holiday is just irresponsible wishful thinking. Acknowledging the unpleasant history behind the Thanksgiving myth might be a step in the right direction, but is not enough to justify a holiday that is rooted in an unjust conquest of a people. While we cannot change history we can abolish or replace this holiday (like cities that replaced Columbus Day with Indigenous Day) to do better at acknowledging the truth.