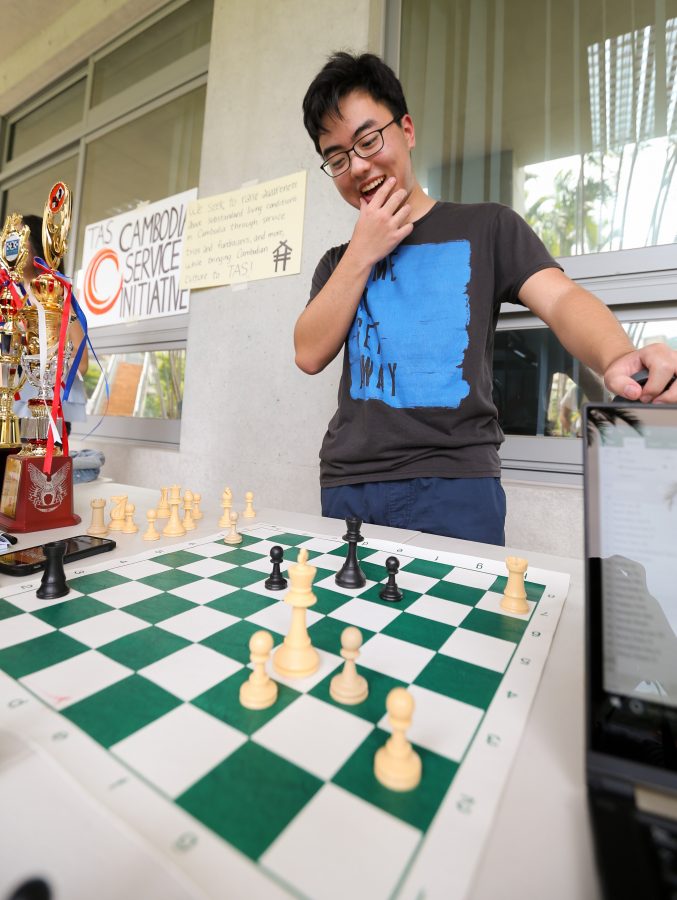 Today, Taipei American School students participated in the Interscholastic Association of Southeast Asian Schools chess tournament, achieving second place overall. The tournament was held online and organized by Jakarta Intercultural School this year.
The IASAS tournament has six boards, and a higher-ranking board number indicates that the players play at a higher skill level. For instance, TAS board one would play against the board ones of the five other schools, and so on. The TAS team consists of Louis Asanka (‘21), who played on board one, Rem Yang (‘19) on board two, Aidan Chen (‘19) on board three, Calvin Shyu (‘19) on board four, Alan Chen (‘19) on board five, and Emily Wang (‘20) on board six. The two alternates are Brian Lu (‘20) and Andrew Xu (‘20), who each played two rounds on boards five and six. Each board played two five rounds, with teams gaining one point if they win and half a point if it is a draw. TAS placed second with 19 points, behind International School of Manila’s 25 points.
“I think what went well with the tournament was that we all really liked to play chess and that there was good team spirit going on,” says Rem. Although this year’s team is mainly comprised of people who are first-time participants compared to last year’s team dominated by seniors, Rem believes that overall, the tournament still went well. “Right before the games we also had a “chess tip” sharing session where we shared some of the things we look out for and insights when each of us play,” he says says. One of the tips he found helpful was: “Whenever you make a move, you should always look out for checks and captures first! It may seem obvious, but you’ll be surprised how many games were won or lost based on that.” For readers unfamiliar with chess, Rem sums it up with a quote: “Remember that the piece that looks like a horse is actually a knight.”