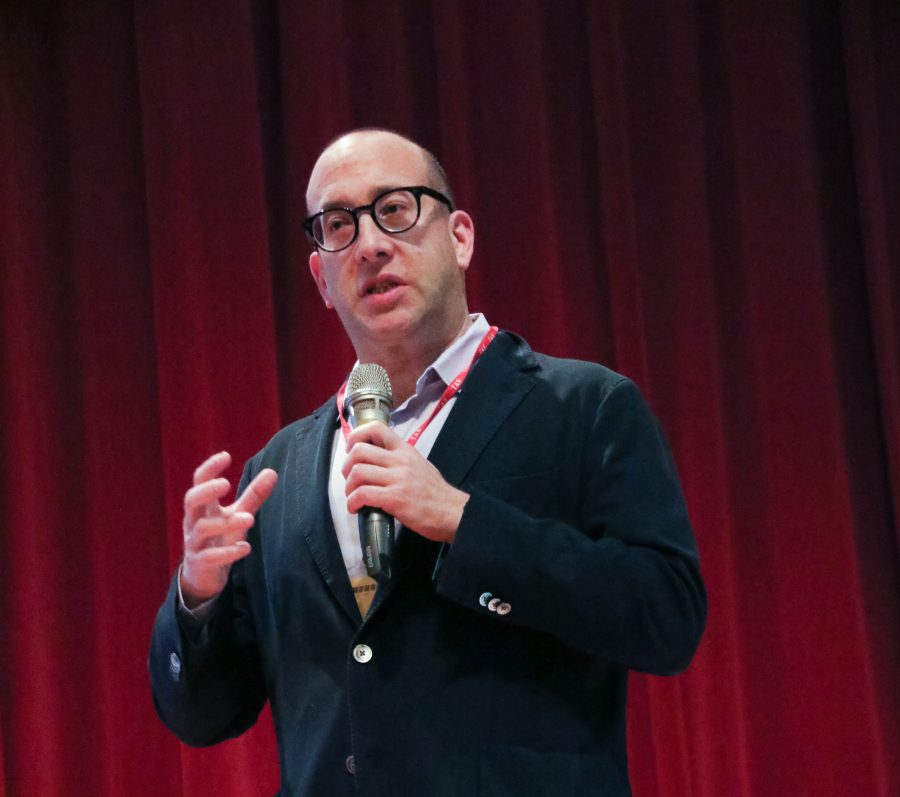 Today, Joanna Nichols Visiting Scholar Dr. Jacob Soll spoke to students at a school-wide assembly about accounting and its role in accountability for nation-building. The talk focused heavily on the ideas and work processes behind his latest book, “The Reckoning: Financial Accountability and the Rise and Fall of Nations” (Basic Books, 2014). From 1600s Netherlands to modern-day Greece, Soll spoke on the success and failures of state-building throughout Europe and applied it to global economics today. While he emphasized the importance of bookkeeping, he also used historical case studies to teach the value of learning philosophy and the humanities to prevent intellectual decline in society.
A professor of history and accounting at the University of Southern California, Soll has long been interested in interlinking of the two disciples. In his speech, he said that while he began his career as a historian, frequent encounters with accounting and economics encouraged him to specialize in that field.
This speech comes at the end of a two-week tenure at Taipei American School, where he has lectured primarily in political science and history classes about his work. However, he has also utilized his insights in various fields to host lectures in college counseling classes, Spanish classes, research seminars, and more.
Next week, Stanley (’88) and Annabelle Ko Classics Visiting Scholar Dan-el Padilla Peralta will also be speaking to a school-wide audience on his journey from undocumented immigrant to Princeton professor.