Commune A7 closes ahead of skyscraper construction 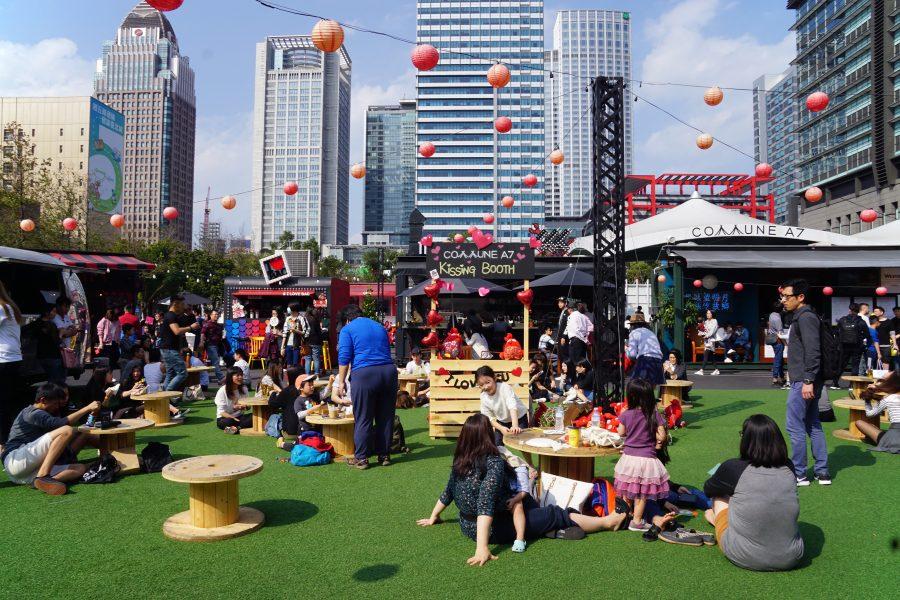 For the past year, Commune A7 has been a very successful container market which added to the vibrant culture of the Xinyi area in Taipei.
Decorated with festive lights at night, Commune A7 was home to dozens of standalone restaurants such as I Love Bow, Alleycat’s Pizza, Bella Gelateria, and Campus Cafe. With its festive lights at night and backdrop view of the iconic Taipei 101, Commune A7 was not only a perfect place to take Instagram pictures, but also a new center for locals and tourists to hang out and visit.
The market closed this week, on Jan. 28. By late 2020, the Taipei Sky Tower, 46 stories tall, is expected to stand in its place.
City officials and representatives from the Park Hyatt and Andaz groups planned the construction of the tower in late January. The idea of the Taipei Sky Tower’s design is meant to reflect a spirit of growth, as the building’s structure will resemble a stalk of bamboo. The building’s interior is planned to include a department shopping center, plenty of restaurants and enable space for pop-ups, interactive exhibits, and entertainment.
Although there has been speculation that Commune A7 will find an alternate location, nothing has been confirmed. Visitors can visit some of these restaurants elsewhere: popular restaurants previously housed at the Commune, like fast food restaurant Selfish Burger, have taken up shop at other locations in Taipei. Other restaurants, like Alleycat’s Pizza, are already chain stores that can be found around Taiwan. As of now, however, sitting at the Commune A7 picnic tables under the festive light, the stars, and Taipei 101 will have to wait.