REVIEW | "The Killing of a Sacred Deer" 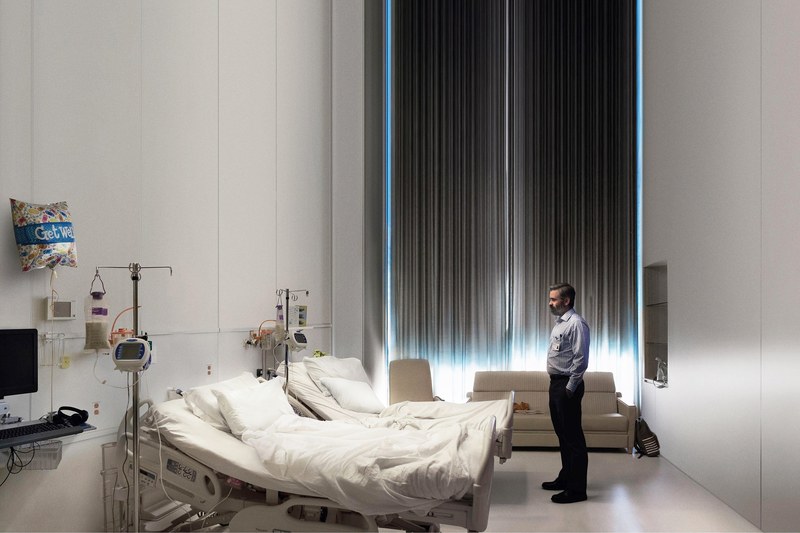 “The Killing of a Sacred Deer” is weirder than it sounds
“The Killing of a Sacred Deer,” directed by Yorgos Lanthimos, is about a heart surgeon, Steven Murphy (Colin Farrell), being confronted with a series of medical anomalies that affect his wife (Nicole Kidman), and children (Raffey Cassidy and Sunny Suljic). These anomalies are tied to Martin (Barry Keoghan), the son of a former patient of Murphy’s. The Murphys are the embodiment of the American family, with both loving parents earning stable incomes working in respected fields. Martin, who lost his father, lives with his mother and has an obsessive attachment to Steve Murphy. This attachment is made evident in moments where Martin watches the Murphy household for hours without their knowing or when Martin violently insists on Murphy joining him for dinner. Murphy and Martin undergo a strange series of interactions, such as Martin visiting Murphy at the hospital without any notice as the two engage in strained, almost forced, conversation.
The movie’s most horrifying and macabre moments were in the scenes leading up to the movie’s dark turning point. Similar to Lanthimos’ previous movies, the actors maintain an indifferent tone of voice and often do not show any emotion. The characters’ unnatural emotionlessness puts the audience on edge and psychologically toys with viewers. While most movies try to make the actors show as much human emotion as possible to engage the audience, Lanthimos instead chooses to distance the audience from the characters. In an interview with Film4, Lanthimos says, “I just encourage the actors to know not think about things and not put too many things inside their heads about their motives and why they’re doing certain things and how they’re saying certain lines. Because I find that it makes them much more self-conscious and their intention becomes much more obvious.” This distance unsettles the audience despite the fact that no gruesome or terrifying scene has yet been introduced, and it is what makes “The Killing of a Sacred Deer” a psychological thriller.
From its opening scene showing a zoom in on open heart surgery to its eerie soundtrack, The Killing of a Sacred Deer is a must-watch for both horror movie buffs and film junkies alike.