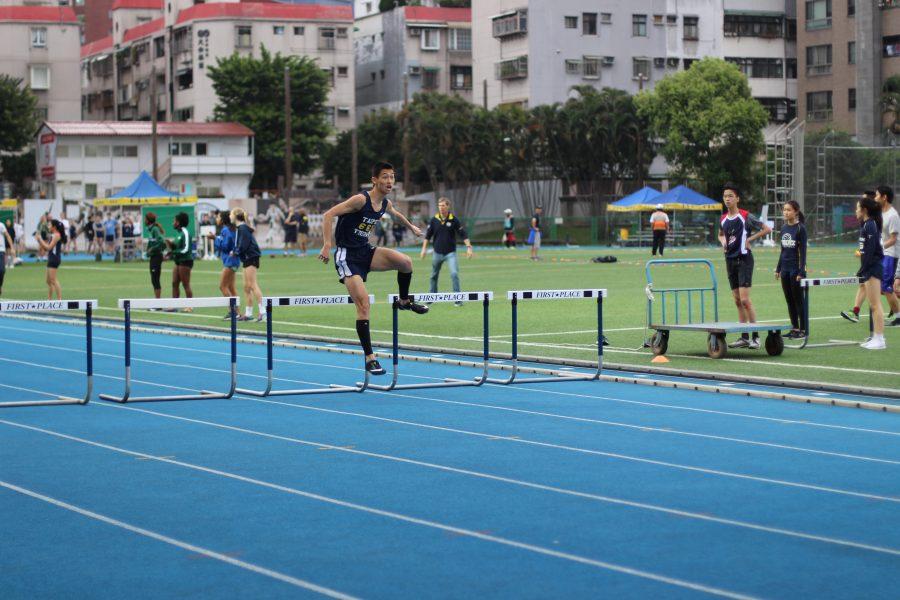 From March 16-17,  six varsity teams from Southeast Asia traveled to different schools to compete in the annual pre-Interscholastic Association of Southeast Asia Schools sports exchange. Track and field and badminton was hosted by Taipei American School, softball took place at International School of Kuala Lumpur, and baseball was at International School Bangkok. The TAS golf teams, however, did not attend any competition and instead had their own mini-tournament against each other at the Suncity Golf Course in Hsinchu.
Track and Field
This year, International School Manila, ISB, Concordia International School, Shanghai American School-Pudong, International School Beijing, Kubasaki High School Okinawa, John F. Kennedy High School Guam, and Morrison Christian Academy of Taichung and Kaohsiung participated in a two-day track and field competition known as the Tiger Classic. Although the girls and boys TAS teams lost many seniors from last year, there were still many notable accomplishments.  Evelyn Lai (‘20) placed first in the 800-meter and 3000-meter run, and Maya Rosenshield (‘21) also brought triumph to the team by placing first in the javelin throw. Evelyn, Shantih Whiteford (‘18), Jesse Whiteford (‘20), and Avery Long (‘21) won first place in the 4-by-400 meter relay. The boys 4 by 100 meter relay, which consists of Brandon Liau (‘19), Scott Kang (‘18), Thomas Chen (‘18), and Ray Chiao (‘18), also won the gold medal, crossing the finish line 0.03 seconds before the second place team. In addition, Thomas gained TAS points by dominating the triple jump event. Overall, the achievement of personal bests and medals gained by both the girls and boys team sparks hope and shows that they are on the right track to succeed in IASAS.
Badminton
The TAS badminton teams competed against three schools at the badminton exchange: CIS, ISM, and ISB. The TAS boys and girls teams both dominated the event, closing out the slate with multiple easy wins.  Because of these high results, the badminton teams reassured themselves that the girls would be able to defend their championship streak of 13 years. The boys will be looking for redemption, as they fell to fourth place at IASAS in 2017. Koichi Yang (‘18) says, “Although all the newcomers were nervous, everyone performed well, and it was a valuable experience for us as we head into IASAS.”
Softball/Baseball
The varsity girls softball team made their debut at ISKL in this pre-IASAS exchange.  Although all six IASAS schools attended, they were split into two pools and only competed against the schools within each pool.  The girls rounded out the tournament with a victory against Jakarta Intercultural School, a tie against ISB, and a loss against Singapore American School. The boys also won JIS and tied ISB, however lost the 3 other games.  Although these were not the results the boys had hoped for, Henrick Koo (‘19) says, “Pre-IASAS was about figuring out what worked and what didn’t, and we accomplished that. We now know what we need to work on to win at IASAS.”