The Blue & Gold's guide to voting 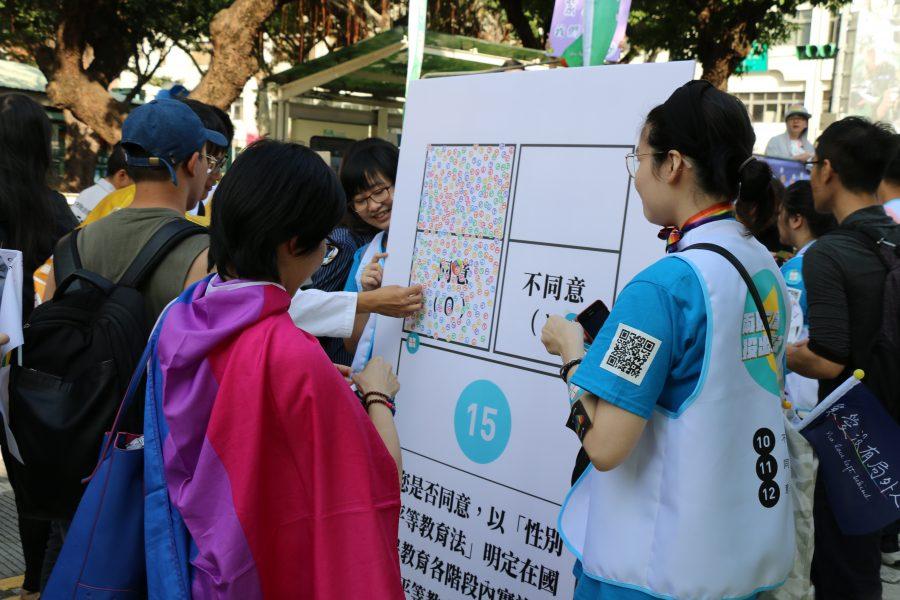 For the first time in Taiwanese history, all citizens 18 and above are eligible to vote in referendums. That means that if you’re one of the 582,718 Taiwanese teens between the ages of 18 and 20, it’s nearly time to visit the polling booths for the Nov. 24 elections.
The elections will consist of two parts: local elections and referendum proposals. In the former category, over 11,000 local official spots are up for election this coming month. However, those under 20 are not eligible to vote for these elections.
Referendum voting will consist of casting your vote in nine “yes/no” questions on topics ranging from nuclear power to Japanese agriculture. Five of the nine referendum questions have to do with hotly-contested issues in LGBT rights and sex education.

To vote, verify your national I.D. card and personal seal at the polling station nearest to you, mark your ballot with the provided pen, and cast your ballot during the assigned times. Legislators are looking to make Nov. 24 a public holiday for voters between 18 to 20; referendum days have already been sanctioned as public holidays for those over 20.
For a referendum to pass, over half of the voters—and 25 percent of total eligible citizens—must vote “yes.”
In the weeks before the municipal election, we’ll be publishing briefs on the referendum’s issues, and telling you all you need to know about the questions and their relationships to Taiwanese politics. 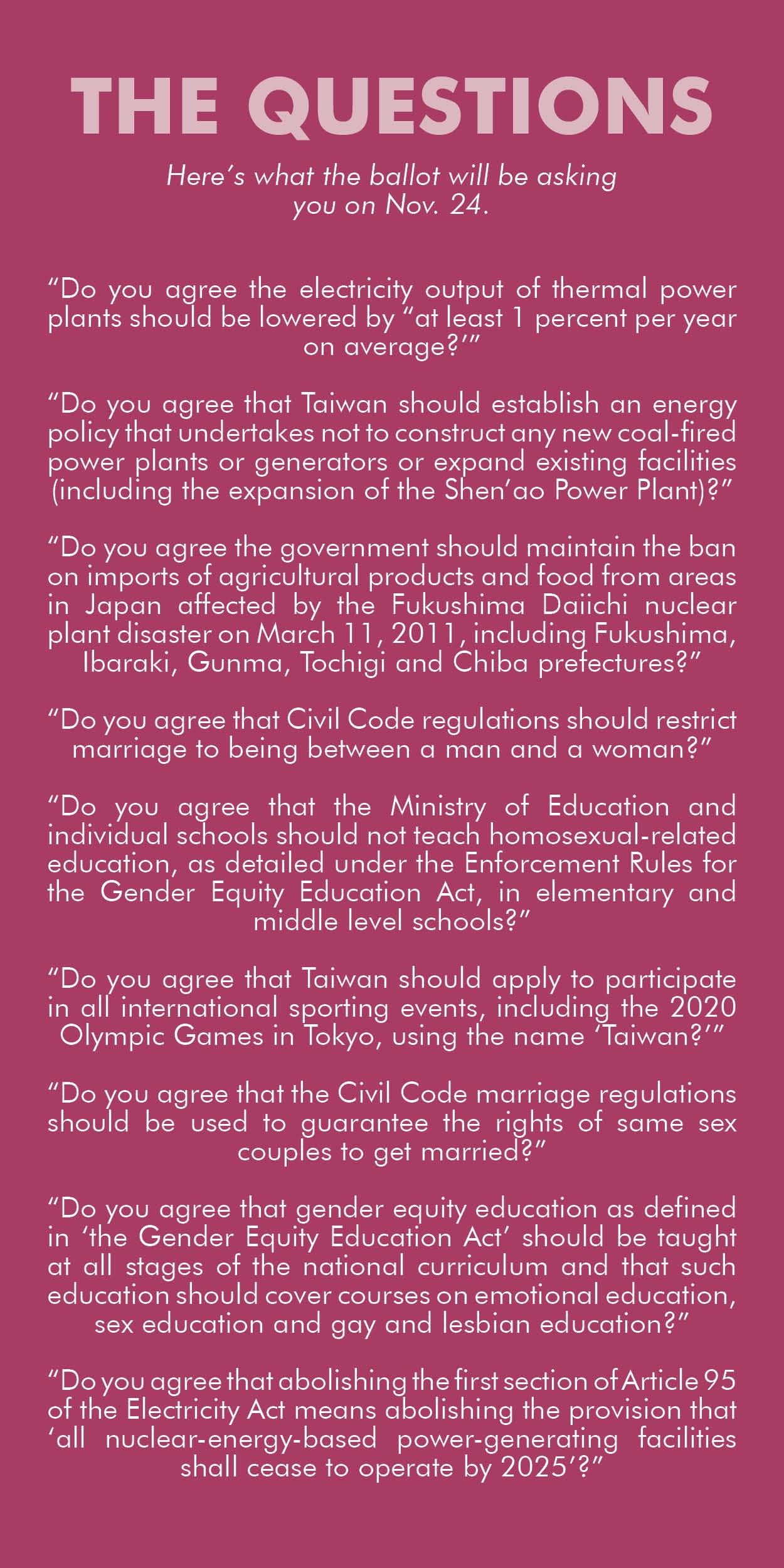