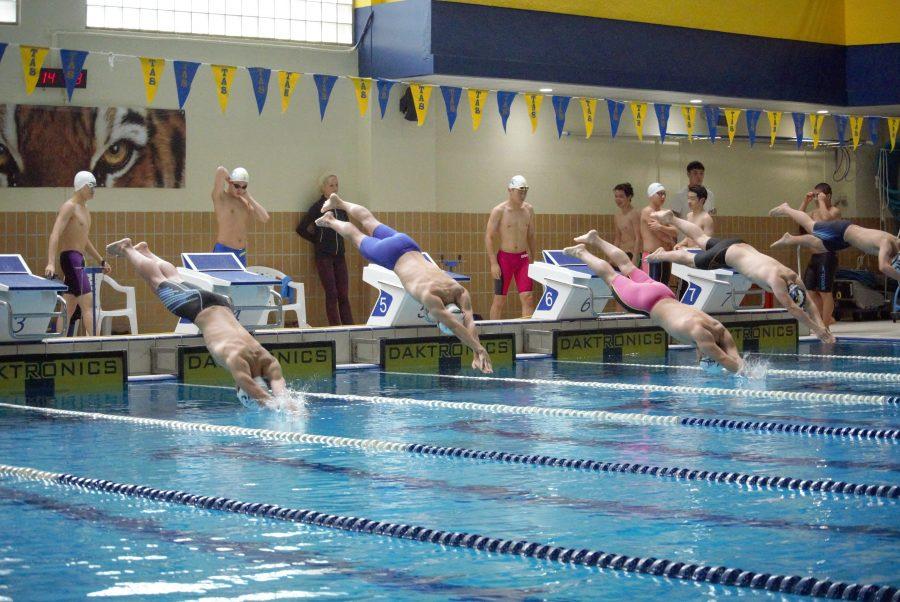 From Jan. 18-19, TAS varsity swimmers competed in a swim exchange with American School In Japan held on campus.
During the event, Jason L. (‘21) broke the 200m Breaststroke record by four seconds with a time of 2:21.35, becoming the record holder for both the 100m and 200m Breaststroke.
Meanwhile, Shawyuan H. (‘19) broke the 50m Freestyle record by a tenth of a second with the time of 27.2 seconds, claiming her first place on the varsity record board.
“Many of our swimmers broke their personal best times as well,” Yuka M. (‘20) said.


Outside of the competitive environment of the pool, the TAS varsity teams and ASIJ teams also had many interactions with each other. “We exchanged pens from each other’s schools in the end,” Yuka said. Not only that, swimmers from both schools participated in 200m mixed relays. Sharon K. (‘19), Ally F. (ASIJ), Audrey H. (‘22) and Shawyuan H. (‘19) came in first for the girls, and Jason L. (‘21), Brandon S. (ASIJ), Andrew C. (‘20) and Won K. (ASIJ) came in first for the boys.
As season two athletics nears its end, the swimmers continue to work hard every week in preparation for their Interscholastic Association of Southeast Asian Schools tournament at the International School of Manila from Jan. 31-Feb. 2. The coaches hope that in the following weeks, more TAS records and personal bests will be broken.
Delete Image
Align Left
Align Center
Align Right
Align Left
Align Center
Delete Heading