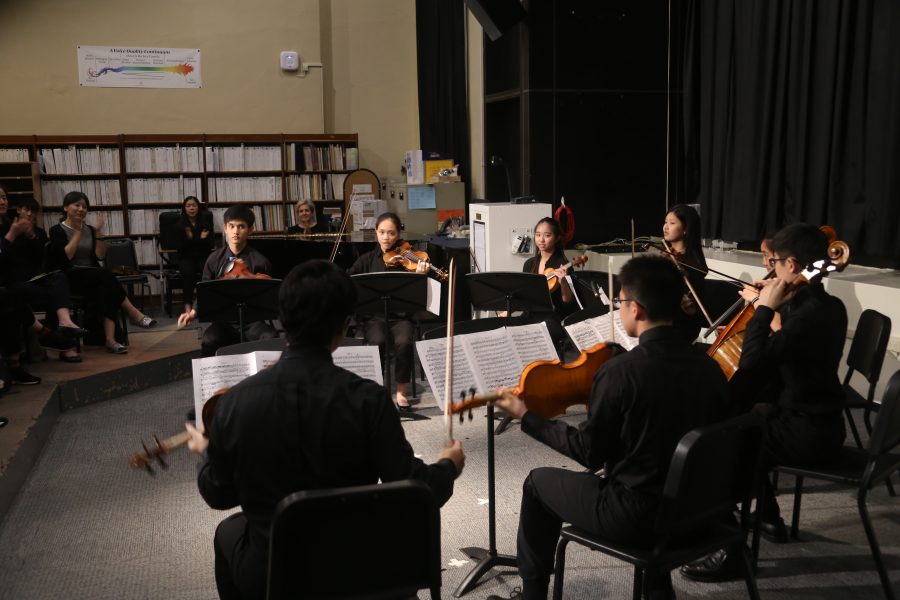 On March 5, Taipei American School music performance courses performed at the annual Celebration of Chamber Music event. Students have been preparing for the event since the beginning of second semester.
At the event, students and teachers celebrate their musical success from the past year through small ensemble chamber performances. “At the event, we’re celebrating music, and to be more specific, chamber music,” student musician Rachel S. (‘21) said.
Rather than performing as large classes, the performances at the celebration are divided into smaller ensemble pieces. “Chamber music is performing in smaller groups,” Rachel said. “However, since my own class is smaller, we can all perform as one individual chamber ensemble.”
Classes that may have a larger enrollment of students tend to be split into small performing categories. “This system of division among large groups of performers allow more students to shine,” Rachel said. “Each student’s individual skills can be better showcased in this form of performance.”
Another advantage of presenting and practicing in small ensemble groups is the increased availability of teacher for students. “The teachers are able to work more closely with each student,” student musician Sydnie C. (‘21) said. Not only does this help with individual student’s and their musical success, but it also allows them to better understand how to improve the audience’s experience.
“It also sounds better since sometimes a loud band atmosphere can be overwhelming,” Sydnie said.
Overall, students agree that preparing and producing a performance for the Celebration of Chamber Music event is valuable as it gives each student musician the opportunity to improve; not only do they get the opportunity to observe what they personally need to work on, but they also get to receive feedback from teachers or a closely aligned partner. “Ultimately, the chamber event allows each individual student to get to shine in class and in their performance,” Sydnie said.