From dishwasher to Shangri-La’s F&B Manager 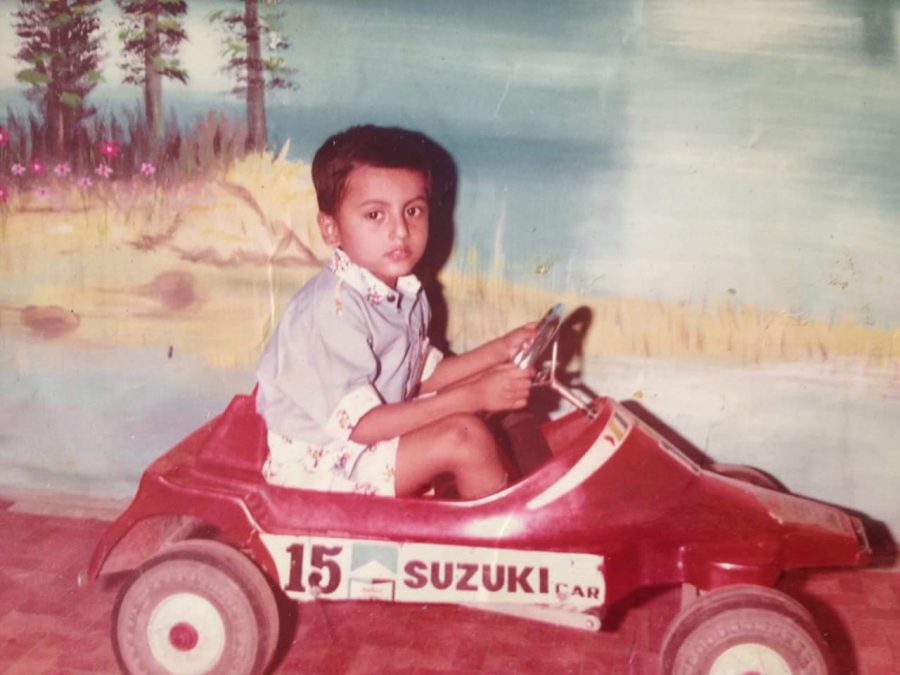 One ex-engineering student’s spontaneous career change leads him to success.


Growing up, Saif Ali Siddiqui was the stereotypical Indian parent’s ideal son. He always had good grades, scored 88th percentile on his national exams, and was even on his way to becoming an aeronautical engineer. Thus, in his world, Saif Ali was simply invincible. ”Whatever I did, I would be good at it,” he said.
That is, until he stumbled upon the hotel industry. Siddiqui was sitting around with a few of his friends after a long game of football one day in college, when one of his friends boldly announced that he was going to major in hotel management. “People will go out to eat and drink until the end of time,” his friend said. “This industry will never die.” Hearing this, Saif Ali filled out the application for the hotel management entrance exam and jumped headfirst into this new career field.
Saif Ali began his hotel management career at the Four Seasons in Mumbai in 2013, where he was hired by the Regional Vice President and General Manager Armado Kraenzelin. Armando offered him two choices: take a temporary job as an intern supervisor on an 18 month contract or join the hotel staff permanently as a steward. Because the latter included dishwashing and other slightly less appealing chores, Saif Ali told his boss that he did not envision himself in that line of work. Ever the go-getter, he opted for the internship instead.
One month in, he fell in love with the elegance of the hotel industry. The combination of service and luxury made for the ideal job. But a taste wasn’t enough: Saif Ali went back to Armando and asked him what he had to do to keep his position.
Armando reminded Saif Ali that there would be no shortcuts. If he truly felt passionate about the hotel industry, Saif Ali would have to tough it out and start from the very bottom, and this time, dishwashing could not be avoided. “In India, we are trained to be crazy competitive. We want to be bosses, managers. Everything we want, we want it tomorrow. We’re trained to run—if you don’t go for it, someone else will take it,” Saif Ali said.
Saif Ali took up stewarding in Four Seasons Maldives, to which he later referred as the “best decision he ever made.” While he believes that he could have been easily hired at any other company as a permanent supervisor, he chose to stay with the Four Seasons because the company treated its employees as valuable assets rather than disposables. “They don’t value your knowledge. You’re first hired on your attitude, and then trained for skill,” Saif Ali said.
After he gained a few years of experience under his belt, he was offered a one year contract as an Operational Training Manager. Under the impression that he was “nailing everything,” he took the job.
“People did not respect me. After six months, I went back and told Armando, I don’t want to do this. I suck at it,” Saif Ali said. To his disdain, Armando told him that he would not be getting out of his commitment that easily. However, perhaps understanding his own failure was the first step.
The next six months, Saif Ali attempted a different strategy. Rather than modeling his leadership style after those of previous training managers, he followed his gut instinct and trained his staff based on methods he thought would be most effective. The employees warmed to him, and Saif Ali could tell that he was becoming good at his job.
“I want to leave each job having made an impact on people’s lives.”
Saif Ali is now the Assistant Director of Food and Beverage at the Shangri La in Taipei. He has traveled to the Maldives, Singapore and Kyoto through his work and remains in contact with some of his very first clients. “I want to leave each job having made an impact on people’s lives, including staff and guests,” he said. “When you leave a place, people should love and remember you because you’ve invested in them.”
After eleven years in hotel management, Saif Ali is at the point where he is living the glamorous life that he had set out for from the day he applied for the entrance exam in college. ”I don’t have to be filthy rich. I’m getting paid to enjoy my life,” he said.
But this last decade has taught him so much more than the mere luxuries of sitting in a Michelin star restaurant and sipping wine: He learned the frustrations of failure, then the satisfaction of triumph, and most importantly, the importance of washing dishes.
Delete Image
Align Left
Align Center
Align Right
Align Left
Align Center
Delete Heading