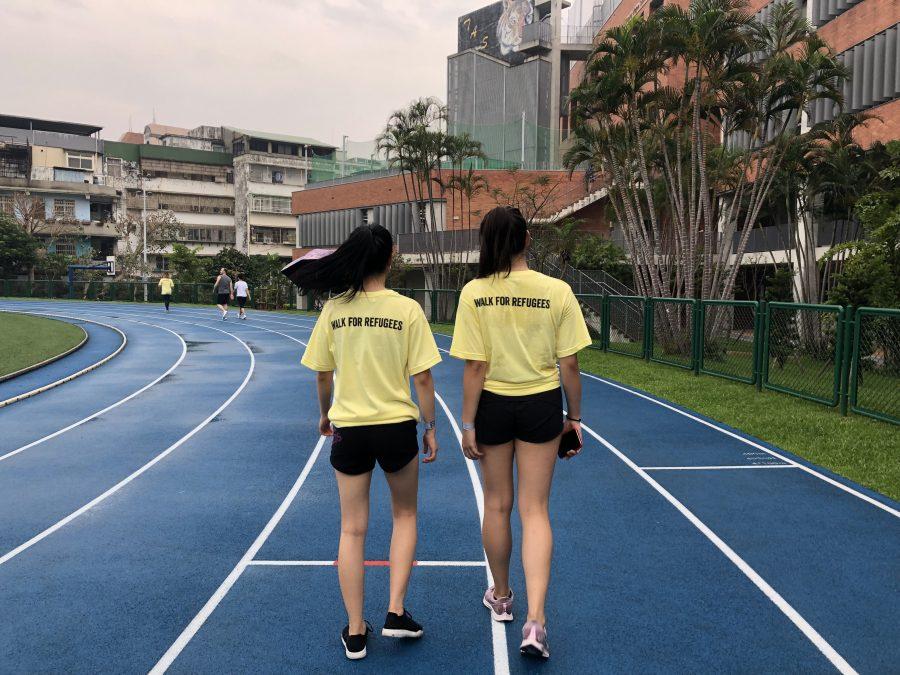 The Walk for Refugees walkathon was held last Friday, on April 19 from 3:45-7 p.m.. Over 120 people showed up to the event, including students and faculty members. Despite the rain, participants ran more than 3000 laps, yet the final money raised is yet to be determined.
A group of Upper School students founded this fundraising event four years ago to raise money and awareness for refugees around the world. For the past three years, funds from the annual walkathon went to the refugees in Syria. This year, however, organizers of the event wanted to support other humanitarian crises around the world and decided to focus on the refugee crisis in North Korea. They partnered with ConNeKt, a Taipei American School club, to fundraise for Liberty in North Korea, an organization that helps North Korean refugees escape political and economic oppression.
During the event, two Upper School students, Kevin H. (‘21) and Charlie H. (‘19) successfully ran a marathon, or 106 laps, around the TAS track. “It was definitely a lot of fun. Running a marathon has kind of been a bucket list item for me ever since sophomore year,” Charlie said. “I really appreciate Kevin for following through and finishing the 106 laps as well as the other cross country boys for running together with us.”
“Considering this was probably my last cross country race in high school I’m happy that [the cross country boys and I] were able to do something as a group that also benefited refugees,” Charlie said. Participant Hoong Ying C.(‘21) was also satisfied with how the event played out. “I enjoyed it because I was able to help [refugees] by just walking,” Hoong Ying said.