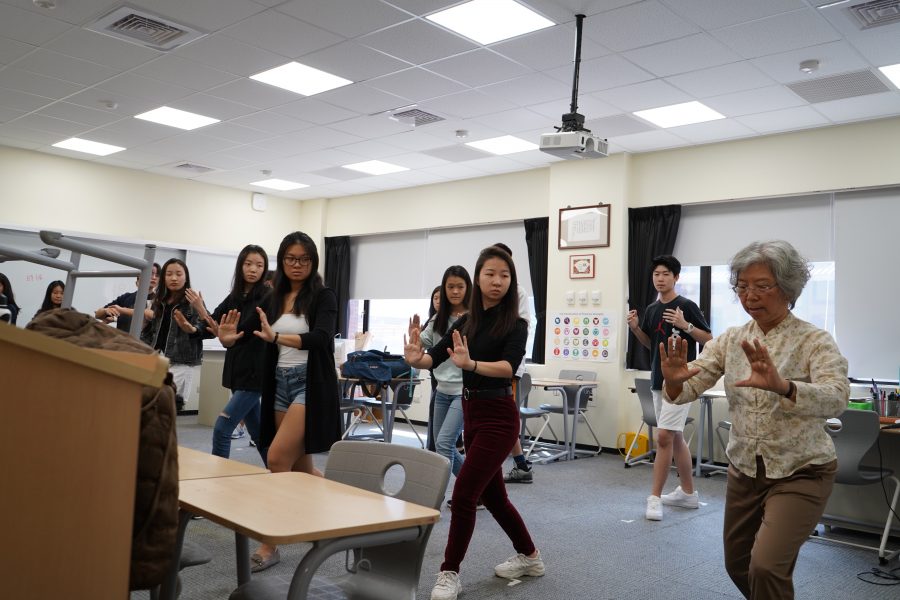 At Taipei American School, all students must have a  foreign, non-R.O.C. passport, and yet in our hallways I often see more people of Taiwanese heritage than American descent. While it is true that I am attending an American school, meaning an American education, I still believe that there is a lack of appreciation for local Taiwanese elements in this school.
American and Taiwanese culture do not seem to be equally valued. Many upper school students have a third culture identity, because by attending a non-Taiwanese school located in Taiwan, our parents are  cultivating us in a foreign environment. Being in a foreign setting for so long disconnects students from the local culture. This is a clear issue of third cultural identity, but people should not have to choose between heritage and education.
In TAS, the majority of teachers are not from Taiwan. In an average class, a teacher may bring up the National Basketball Association, the National Football League, and many other American sports and topics they are enthusiastic about, but they would seldom bring up Taiwanese sports. This shows how the faculty, an extension of the school, disconnects students from what’s happening on a local level. I know that this is to be expected because they are charged with educating us in a truly American way, but it is something that we should remember because if a person only hears about American sports or American politics, they will begin to devalue the local sports and local politics — the local way of life — in favor of only the American.
Knowing what is happening at the local level is important. Foreigners who come to Taiwan may say that they have arrived in a province of China. Naturally that would be extremely insensitive to local people, but watching CNN alone wouldn’t convey that sensitivity. Only news in Taiwan can give you the nuance, perspective and understanding of local issues that affects your ability to interact with everyone around you. When a bridge collapses, when a riot happens or when there is a parade, you need to be locally engaged to know these events and take action to avoid it or take part in it. The next outrageous comment President Trump makes may not impact our lives as much as the next Taiwanese election, which is happening in only three months.
Some may say that such depth of understanding of Taiwan is not necessary, as most students head off to the United States. Simply because you will end up somewhere 12 years later, does not justify ignorance about your current location for 12 years. 12 years is not a short period.
If we don’t work to solidify our local culture, we would not be left with a clear identity. Students will not be taking full advantage of their resources if they have lived in a country for a duration of their life and taken nothing from the country. If you go to college and your friends ask you where are you from? You reply “Taiwan,” but then you can’t say anything in-depth about it, was there any value in having lived there?