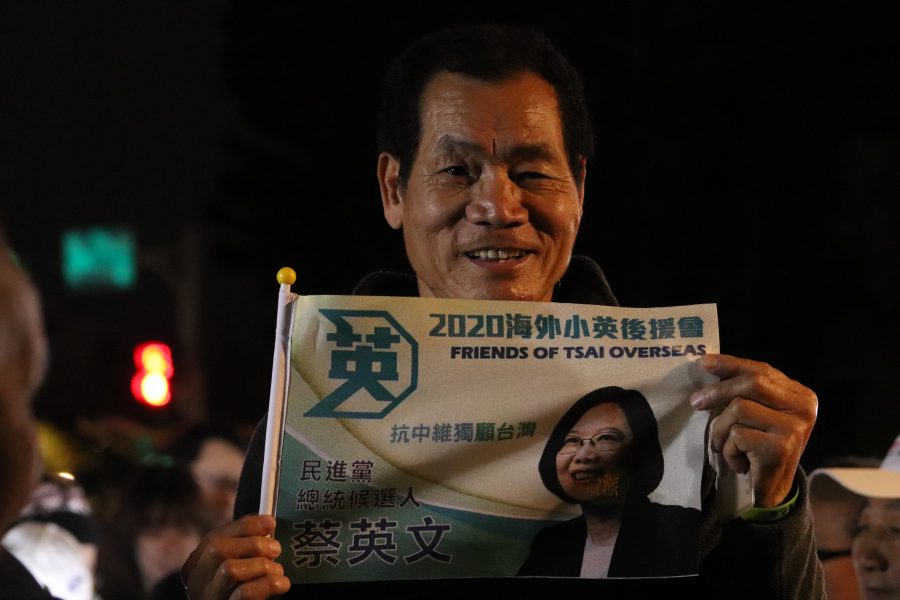 On Jan. 10, roughly 500,000 Taiwanese Democratic Progressive Party (DPP) advocates rallied at the Presidential Office Building in support of former president Tsai Ing-Wen. The event was a last-minute move by the DPP to raise support for Tsai’s campaign before the following election day on Jan. 11.
Throughout the night, DPP politicians rallied the audience by repeatedly alluding to Tsai’s political support for gender equality, gay marriage and protection of civil liberties. Speakers also raised Tsai’s strict disapproval regarding Chinese threats of limiting Taiwan’s sovereignty. Audience members demonstrated their support for Tsai by waving green banners, otherwise known as the representative color of the DPP.
Although the event primarily targeted citizens who had not yet decided who they wanted to vote for, many supporters of Tsai still took to the event to demonstrate their support.
“There are just as many of us here who know who we want to vote for as there are people who do not,” Su Fu-Rong, a strong supporter of the DPP, said. “I am here because I know that Tsai is the most appropriate candidate for Taiwan. Tsai and I believe similarly on almost all political topics. So, I greatly believe in the morals of Tsai. She will definitely be a good president if re-elected.”
However, not all participants of the rally entirely agreed with all of Tsai’s political decisions. A majority of Taiwanese voters at the rally largely chose to support Tsai because of her demand for the island’s independence from China. Unlike Tsai’s political rival Han Kuo-Yu, Tsai does not intend on cultivating closer ties with China to boost trade or the economy.
“It feels to me that Han Kuo-Yu does not entirely see Taiwan as its own independent country. Instead, he sees us as perhaps a little brother who needs the help of an older brother that is China. As a Taiwanese citizen, I want a president who recognizes the power and ability of their people to be elected,” Tsai Ing-Wen supporter Chen Ying-Shun said. “However, that is not to say other candidates do not have values I also support. For example, if Han was standing here today in support of a Taiwan with few ties to China, I would not be able to give Tsai all of my support.”