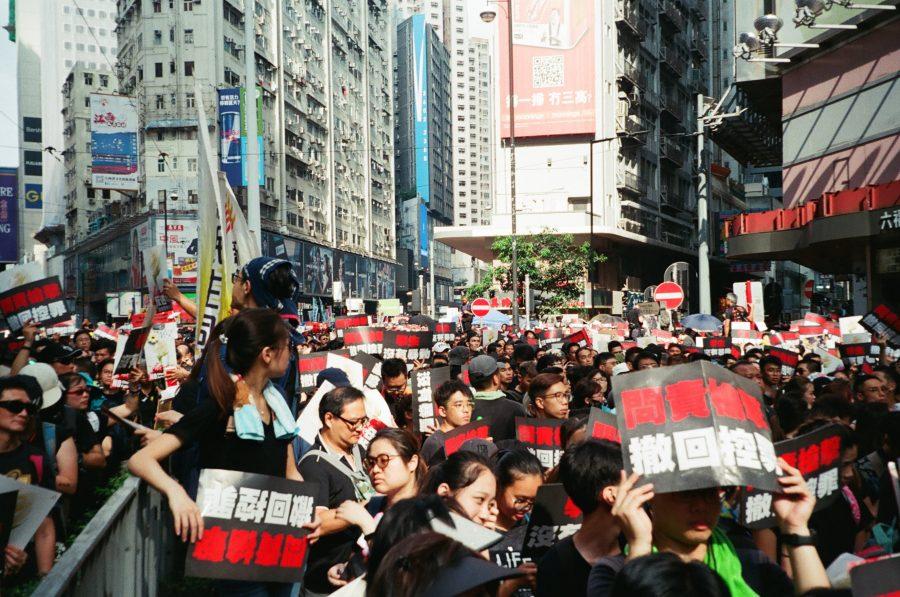 Cross strait relations have never been simple, but the Hong Kong protests last summer topped with the results of the recent presidential election have complicates them even more. In an exclusive interview with Mr. Man Chung Lam, the Executive Editor-in-Chief of Apple Daily Hong Kong, The Blue & Gold discusses how these two events intertwine.
Over a year ago, President Tsai Ing-Wen’s Democratic Progressive Party (DPP) suffered tremendous losses in local elections. Her approval rating dropped below 20 percent, and she even stepped down as Chairwoman of the DPP, accepting responsibility for the party’s failures.
It looked as if President Tsai was going to be Taiwan’s first one term president.
But as the pro-democracy, anti-extradition protests escalated across the waters in Hong Kong that summer, so too did her popularity. In July, her approval rating shot up to 48 percent. On Jan.11, she was re-elected with a record-breaking 8.17 million votes.
Hong Kong’s protests could not have been more timely for President Tsai’s campaign, who had always been a strong opponent of reunification with China and the 1992 Consensus. Hong Kong served as a martyr: the drive behind the anti-mainland rallying cry which set her apart from her competition.
“Six months ago, Tsai’s approval rate was low because the reforms she put forward were not welcomed by the older generation. Taiwanese people blamed Tsai for the poor economic situation, as the Chinese Communist Party (CCP) banned travelers and investment in Taiwan,” Man Chung Lam, the Executive Editor-in-Chief of Apple Daily Hong Kong said. “The Hong Kong movement really shifted the focus of the election away from internal affairs to the China matter. In this way, the Hong Kong protesters really helped Tsai a lot.”
However, Mr. Lam believes that even if the Hong Kong movement had not happened, President Tsai still would have emerged victorious. “As Taiwan people watched the Hong Kong young people getting beaten by the police everyday, getting arrested and sent to court, they knew how to prevent all these bad things [from happening to themselves]: by NOT casting their votes to a political party who adopts a friendly approach to the CCP.” 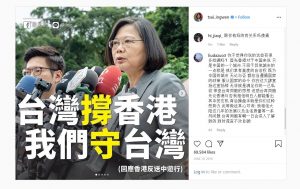 Some, like Jocelyn Liu (‘20), agree that Tsai would still have been re-elected even without the protests in Hong Kong. “Whether Hong Kong attracted international attention is irrelevant to us, because we’ve always been watching Hong Kong closely. But I think the attention Hong Kong got made the international world more aware of Taiwan’s election. Not only [did the Hong Kong protests] make Tsai’s stance on the importance of Taiwan’s sovereignty more convincing, it showed the people why ‘One country, two systems’ would never work. ”
As the world scrolled through pictures of tear gas bombings and countless clashes between protesters and police, perhaps some began to wonder if Taiwan would be next. But ultimately, Taiwan and Hong Kong’s positions are very different.
“No matter what economic incentives the CCP gives Taiwan, Taiwanese people are highly aware of the CCP threats. They would never allow the government get too close with the Mainland,”  Mr. Lam said. “Don’t worry. Taiwan youngsters will not need to go through the dark period of Hong Kong last summer. The democratic political system already safeguards the freedom of Taiwan. You could kick a bad government aside by the votes you have. That’s why Hong Kong people are so eager to fight for democracy.”