Mr. Benson returns after a year at Harvard 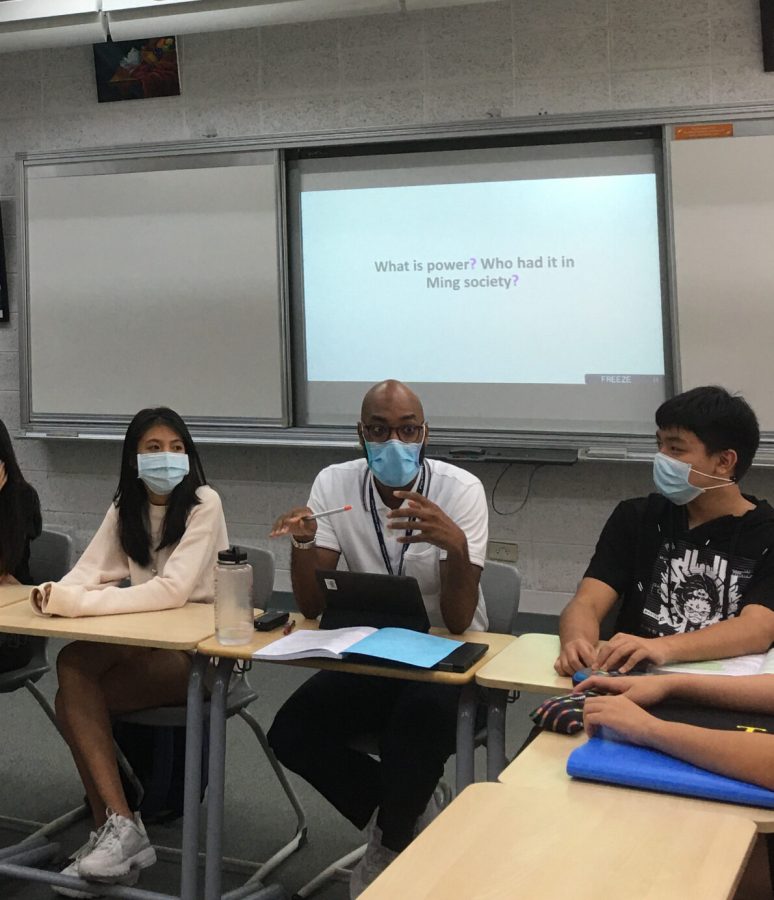 This year, Mr. Benson, Upper School History and Mathematics teacher, returned to Taipei American School after achieving his plan of receiving a master degree at Harvard University. By getting this degree, he was able to reach his long term goal of being accepted into a prestigious graduate program.
Last year, Mr. Benson planned a trip to America, temporarily leaving TAS as he is so close to accomplishing his goal. Prior to that, he had been working hard for 10 years trying to develop his resume so he could attend a graduate program without making any sacrifices. “I wanted to pursue a master’s degree,” Mr. Benson said, “it had been something that had been on my mind since I left undergraduate [school].”
During his time at Harvard, Mr. Benson took a class on constructivism, an educational theory, which influenced the way he approached his teachings. Learning about how knowledge is constructed in the minds of students altered his thinking. He realized that telling students what they should know does not really benefit them, instead, he “facilitate[s] the learning that [students] should have” to allow students to understand and contribute to the lesson. “He calls on us randomly but it’s to make sure we actually understand,” Kaitlyn C. (‘24), one of Mr. Benson’s students, said.
However, Mr. Benson faced some challenges while he was in Harvard. He had to figure a way to balance school and visiting his family after being so far apart for such a long time. “I’ve always been away from home, [so] ever since I left for college, this is just the closest I’ve been to home,” he said.
Mr. Benson also faced challenges due to COVID-19 (coronavirus) during his spring break. “On [March] Friday the 13, we found out that the school was going to close,” he said. He had to move off campus to an apartment in Cambridge, Massachusetts with a few roommates until the beginning of May when he returned to Taiwan. “Everybody’s life kind of changed,” Mr. Benson said, “it was a weird situation but it was wild that it was Friday the 13.”
Mr. Benson is happy to be back teaching at Taipei American School. “It is great to be back and see so many familiar faces,” Mr. Benson said. “It really feels like home.”