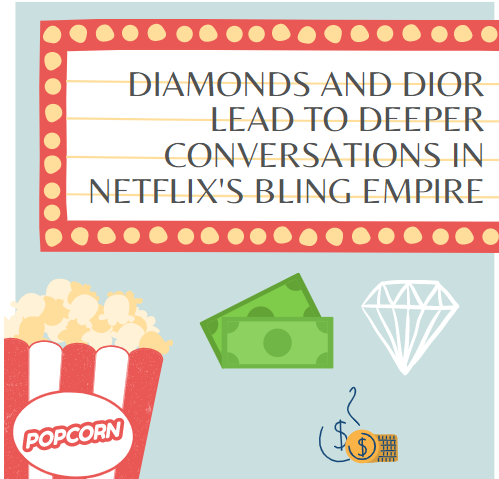 The series features the lives of Asian Americans such as Christine Chiu, the glamorous wife of a Beverly Hills plastic surgeon, and Cherie Chan, the heiress to a Chinese denim manufacturer. The show follows them around as they attend each other’s parties in their Calabasas or Beverly Hills mansions and as they take down Rodeo Drive to host a Lunar New Year celebration.

However, though these cast members indulge in a glamorous living, the show captures the raw essence of their personal struggles. From dealing with difficult doctor visits to handling grief, the lives of these seemingly perfect Asians covered in wealth are ultimately portrayed to be humanistic.

Following the struggle of these cast members, “Bling Empire” takes one on an emotional whirlwind as the scene of a difficult doctor’s appointment quickly shifts to a party with one waiter per person.

The entertainment angle of “Bling Empire” seems to triumph above all attempts at cultural representation. For fans of “Keeping Up With The Kardashians” or “Selling Sunset,” the glamour and undeniably addicting drama of “Bling Empire” will perhaps be too entertaining for one to be reflective of the prevalence of Asian American culture.