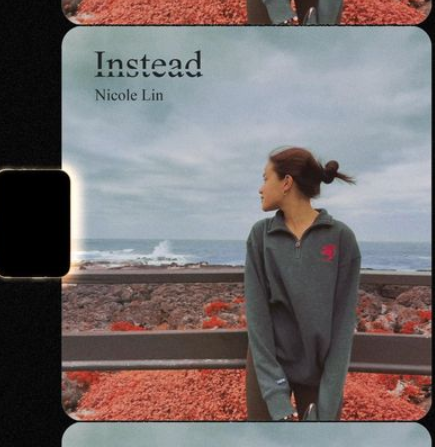 Q: Have you always been interested in singing? What about songwriting?

A: Yes, I have been singing since a very young age, but just for fun, obviously. But it has since developed into one of my strongest passions. I wasn’t interested in songwriting until around two years ago. That’s because I started posting covers on Instagram, and then I found new artists and songwriters on Instagram or TikTok, which then inspired me to see what I could do myself. I was always interested in what I could create on my own because I play guitar and I can see what sounds good on the piano, so it generated from that too.

Q: What inspired you to write this song?

A: So, I actually wrote the song with a friend called Benjamin Kao, and he’s been interested in producing for a couple of months now.  He takes [music production] classes outside of his university, and one of his assignments was to work with another person. That’s how it all started. Knowing that I was going to work with him, I was inspired to create something about what was going on in my real life at the moment, but not all of the lyrics are of course [about me]. It started from an idea and then I just made it more general.

A: I think because it was our first song, it was pretty slow. Since Ben and I were the only ones who were listening to it and giving feedback, we had to spread it out; if you listen to one song too much, you start hearing things that are not even there, or you just start overthinking everything. It took around two months to fully finish everything and finalize the track.

Q: What was your favorite part?

A: Writing the lyrics was probably my favorite part. We wrote it through Zoom, so we had our first meeting and I just gave him [around] two lines, and then we wrote it together. He had his guitar [with him], and we wrote the rest of the lyrics based on the two lines that I gave him. Recording was also really fun because we didn’t go to a professional studio, we just did it at my house. And then we met up another time, and that’s when we did the harmonies, which was pretty fun too because it all came in the moment. We worked with the harmonies and added some hums as the back.

Q: How are you feeling now that it’s been released?

A: I’m feeling very, very happy because I always wanted to release a song, not just through YouTube, but through platforms where it’s easier for people to access like Spotify, Apple Music, etc. And so it’s a big relief and a weight off my shoulders. I’ve been receiving a lot of feedback and it’s all been really nice. It’s cool to see how many people listen to it and how many people that you don’t even know well, who will reach out to you and say a nice message. So, I’m feeling really grateful that it’s been really positive so far.

Q: Do you plan on doing another collaboration with Ben?

A: I think so. He’s starting to produce more of his songs, so, hopefully, I will collab with him soon, after he’s done with his own things. Because Ben and my music tastes are pretty similar, we work well together.

Q: More broadly, do you plan on writing more music/ singing in the future?

A: Yes, for sure. One day, that would be the ideal dream, to release more music and go further with it. But I think for now, because releasing takes a long time and I’m not a producer, it depends a lot on the person who I’m working with too. In the future, I would also want to work on music that’s not just in English, maybe in Spanish or Portuguese or maybe even a mix of both, like Spanglish. That would be cool. I feel like that would be a good sense of home.

Here is where you can find Nicole’s single “Instead”: