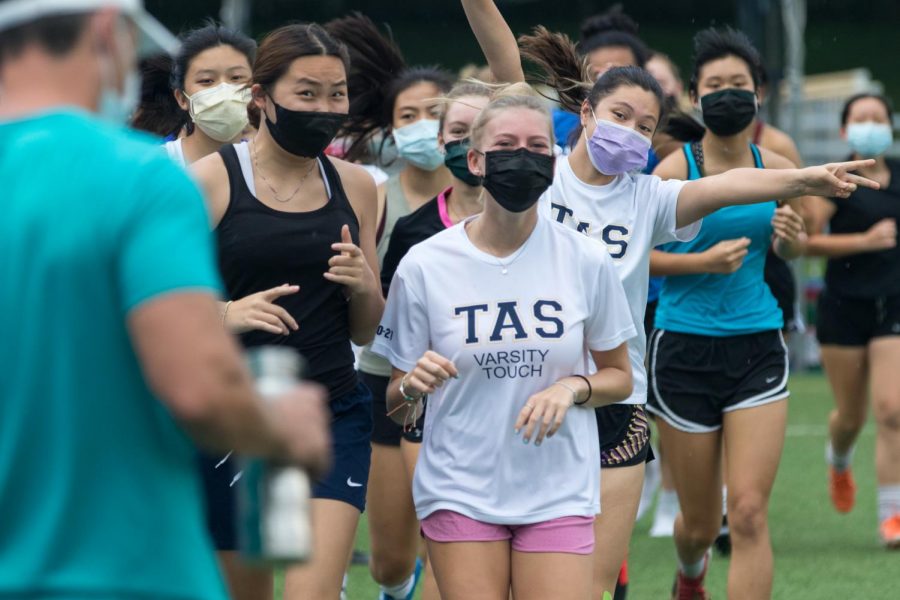 Due to COVID outbreaks in the spring, Taiwan’s Central Epidemic Command Center (CECC) has raised the epidemic warning to level three. The result is that many people were in COVID lockdown or quarantine, and more specifically, Taipei American School student athletes were unable to regularly train for their Season 1 sport.

As a result, Taipei American School’s athletic department has made the decision to introduce a two week pre-season training program prior to Season 1 sports tryouts. “This year, to help accommodate people who are in quarantine, we have decided to push season one tryouts two weeks back,” Coach Kawamoto, the athletics director, said.

This year, Season 1 sports, including cross country, soccer and volleyball, all began with pre-season training for two weeks, led by each of the varsity teams’ head coaches. Specific training varied for each sport, but many included fitness training to help student athletes adapt to the training environment.

The rationale behind the pre-season program implementation is to allow athletes to become more familiar with the amount of training they will receive during the season. “Other than getting more practice before the season starts, pre-season gave us an opportunity to get used to the environment and the sport itself,” Angelina C. (‘22), co-captain of the varsity girls volleyball team, said.

Pre-season training also alleviated the stress that often comes with tryouts at the start of the school year. In the last few years, tryouts have always been held starting the second week of school. Due to having pre-season training before tryouts, many athletes were able to train with potential varsity athletes and the varsity team coaches themselves. “Tryouts were less nerve wracking, and you get to know the coach too,” Angelina said.

The purpose behind weight training before the season was to better prepare the athletes for intense games that involve exposure to high intensity gameplay, which can be worked on through fitness training in the fitness center.

While Season 1 athletes were able to experience the pre-season two week training program, there is still uncertainty ahead regarding COVID-19 restrictions for on-campus competitions with outside teams.