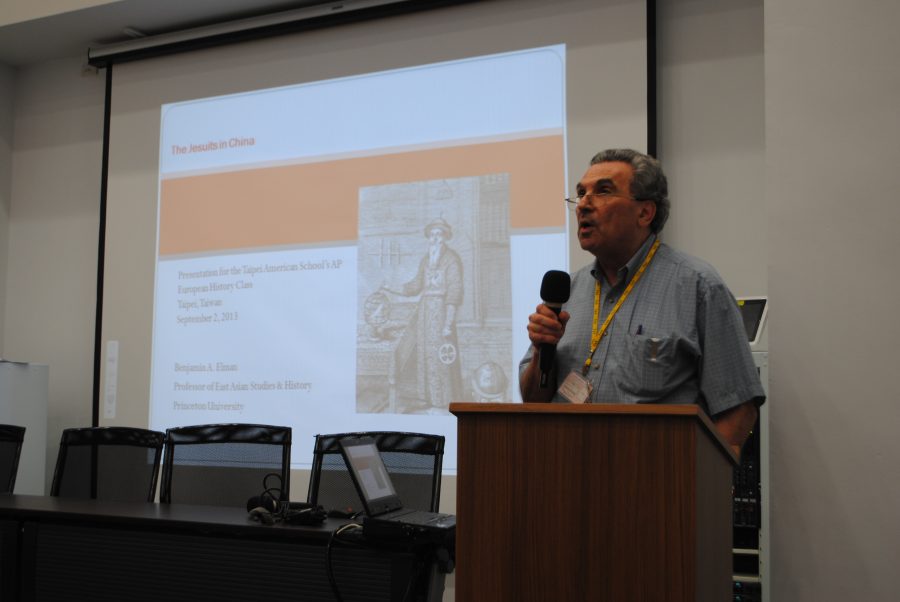 Dr Benjamin Elman may be a world renowned Princeton scholar, but he also knows the best street food stand in Shida.
He lived in the Shida area for his Taipei sabbatical and became a familiar face to the locals.
The Joanna Nichols Visiting Scholar this year was Dr Benjamin Elman, Chair of the Department of East Asian studies at Princeton University. Dr Elman has lectured on everything from Chinese Intellectual and Cultural History to Sino-Japanese Cultural History.
Dr Elman is fluent in Mandarin and lived in Taiwan for a total of five years during the Chiang Kai Shek Era.
It was the time of martial law, and foreigners, too, were politically supervised.
Dr Elman was a student studying at the Tai Da Stanford in order to read historical texts; Dr Elman went through the process of signing in and signing out books while being monitored by authorities.
The shift to democracy is not the only change in Taiwan since the Chiang era. Back then, the Chiang administration was completely in charge of education, cultural affairs, and the flow of ideas in Taiwan.
Dr Elman said that today “There is much more of a ‘Taiwanization’ in the culture and language”. The Princeton professor also added that he believes there is greater tension between the Taiwanese and mainlanders.
Dr Elman worked with grade 9 students in their History of Asia classes but he also gave a public lecture to all TAS students on the influence of the Jesuits in China in the 16th century.
Dr Elman also taught the two IBHL Mandarin Year 2 classes by interpretating ancient Chinese texts.
So what impression has the Princeton Professor left behind?
Madeline H. (12), an IBHL Mandarin Year 2 student, says that “he showed a lot of interest in his studies and it really reflected through the way he taught.”
“During every class , he would patiently correct our explanations of the passage and go through every single word we didn’t understand,” Annie M. (12) said.
And his advice for us? “Think more and memorize less.” According to him, High school students need to be less fact-oriented and start “realizing that one can always look things up in a dictionary or encyclopedia online. We would like them to think through the issues and recognize that the facts aren’t always the most important issues.”