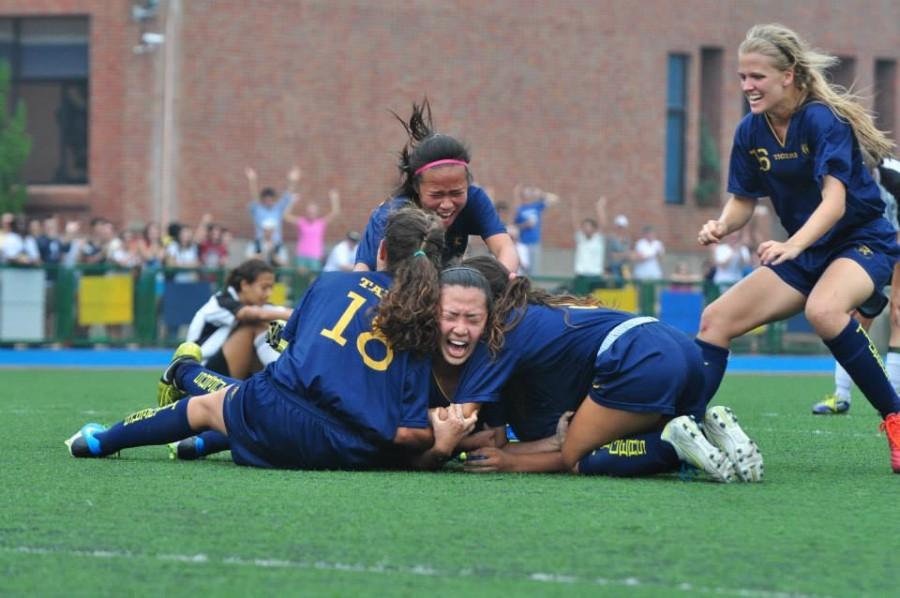 Frantic. 10 minutes. Do well.
These three points, outlined by girls’ soccer coach, Mr Dan Long, may seem obscure to many, but the meaning was perfectly clear to the sixteen individuals on the Lady Tigers soccer team. Be frantic for the first ten minutes of the game. As for the remaining 50 minutes? Do well.
The Lady Tigers soccer team made history by winning a silver medal at this year’s IASAS Soccer Tournament, which was held at TAS. Since the competition began in 1987, no TAS girls’ soccer team has ever qualified for the finals.
This year’s team saw the addition of five new players, four of whom were freshmen. “Making IASAS as a freshman was a dream come true and then making it to the finals was an even bigger one,” Lauryn D. (9) said.
The battle to the top, however, did not come without a fight. Placing sixth place for two consecutive years, the team was the underdog at the start of this year’s tournament. However, after a 3-0 win against JIS in their first game, the team confirmed their reputation as a real threat.
With a 1-0 win against ISKL and ISB, last year’s IASAS champion, the Lady Tigers qualified for a spot in the championship finals against SAS. Although the game ended in a 0-2 loss for the team, the team managed to solidify itself in the annals of history, paving a legacy for the girls’ soccer program at TAS.
“I think our 2013 team truly represented Tiger pride, and not only did we change all the other, IASAS school’s opinion about us, but we earned respect and faith,” co-captain, Lily H. (12), said.
While the girls team wrote history, the boys soccer team finished what they had started the previous year.
After losing the consolation in Bangkok and placing fourth last year, the boys’ team set out on a mission to medal in this year’s tournament.
A major obstacle that the team encountered was “losing Tim [Mayell] due to injury,” according to co-captain Andrew C. (10). “That definitely hurt our team, but we were able to get back up on our feet and continue the IASAS journey.”
With six seniors graduating, many are left wondering what the future holds for the team. “Hopefully in the future, we get more players since we are losing much of our frontline after the seniors leave,” Austin H. (10) said.
For some, taking home a bronze medal was a bittersweet end to a high school career in soccer. “It took me four years but all that effort was worth it. It’s hard to describe how happy I felt when the final whistle blew,” Vincent Y. (12), co-captain, said. “I probably teared up a little.”