Helping hands in the wake of Haiyan 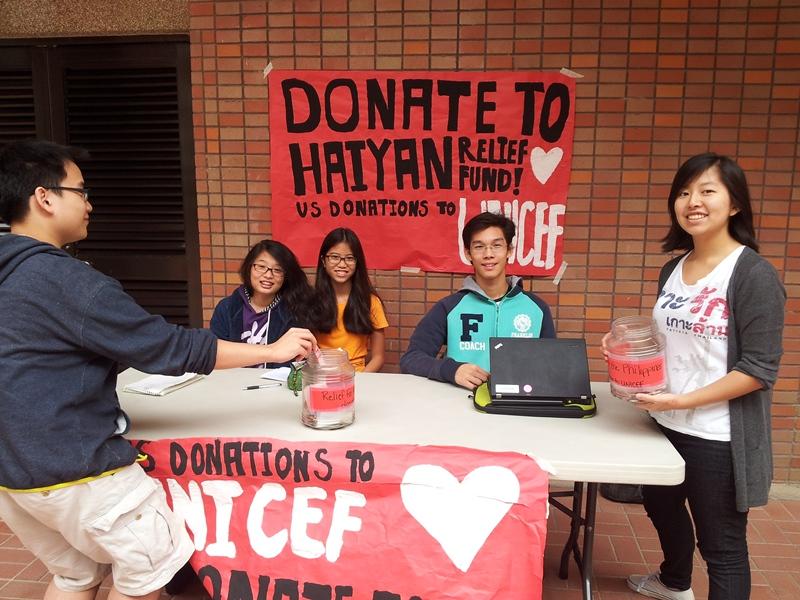 On November 9, 2013, Typhoon Haiyan, possibly the strongest typhoon ever recorded, plowed across the central Philippines.
Ms Lien, a Filipino staff member who works in the counseling office, says, “The wind was so big. My mom told me that our roof flew away, but my family is okay.”
However, others have not been so fortunate as Ms Lien’s family, who lives in Aklan, which is a couple of islands away from Tacloban, the epicentre of the storm.
The exact number of casualties remains unknown. Mr Arnold, the sponsor of the Orphanage Club, says, “The officials don’t even know how many are affected. The victims have no food, clothing, and water, and orphans have no place to go.”
With hundreds of thousands of people displaced and in need of food, water, shelter, and basic necessities for survival, TAS has also stepped up and taken initiative to help those in need.
Several clubs such as World Vision and Third World Investment have been working with the Student Government and Ms Yonkey, the Activities Director, to raise fund for the victims and desperate survivors in the Philippines.
Other clubs such as Wish4Kids, Orphanage Club, and Red Cross have also agreed to help man the table for raising relief funds during the week.
The Orphanage Club is also looking for orphanages in Philippines in need of help. Sienna Y. (12), an Orphanage Club officer, whose mom is a Filipino, has been trying to contact orphanages in the Philippines. But because communication is down, she has had a difficult time connecting with the orphanages.
According to Ms Yonkey, the accumulated funds raised at school will be given to International School of Manila (ISM), which will then donate the money to UNICEF.
Around NTD$456,516 was raised in the US courtyard during both lunches on the first day. The PTA has also set up donation tables in the main lobby to allow middle and lower school students and their parents to donate.
“This shows a high level of kindness in our community,” said Kevin L. (12), a StuGov officer in charge of fundraising.
“I am always inspired by how quickly our community responds with relief efforts to natural disasters and I hope that students will continue to aid the relief effort.”