Our own 21st century Dr Frankenstein 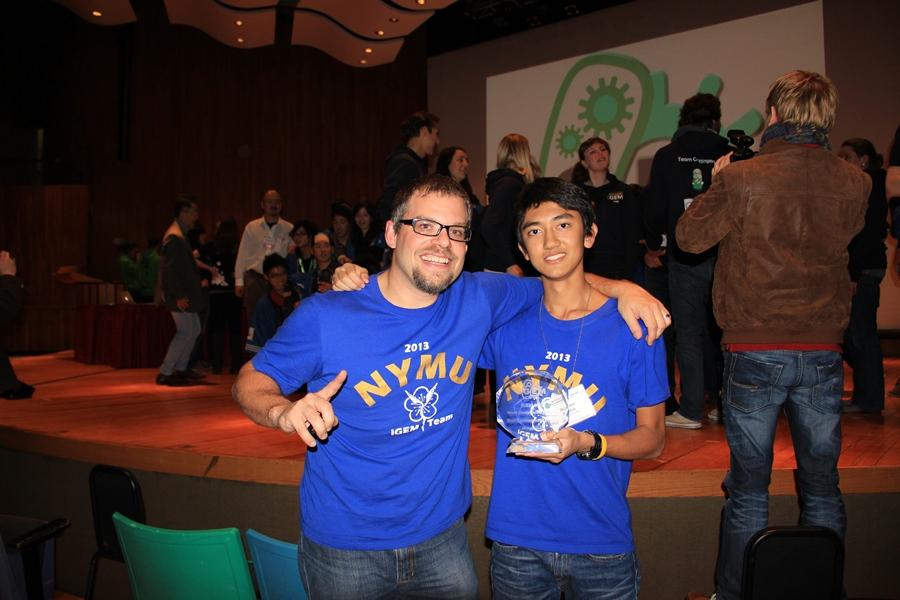 In a crowd of under and post-graduate college students, Rohan S. (11) stood out. He was the only high school student to participate in the International Genetically Engineered Machine (iGem) competition held at MIT this November.
This year, Rohan competed as a member of the National Yang Ming University team in the world championships. Although he was the only high school member to participate, nobody seemed to notice. “Only one person asked me what grade I was in, and he was a [university] junior. So I told him I was also a junior, just that I was in high school.”
The iGem competition is a synthetic biology competition held worldwide every year. Synthetic biology is the design and creation of new biological systems that function in a specific and engineered way. It is a combination of the scientific field of biology and the field of engineering.
The NYMU team had some big wins in this year’s competition. According to Rohan, “our team won the Best Environmental award. Our team, besides the Sun Yat Sen University, was the only Asian university team to win an award,” said Rohan. “Even teams from MIT and Princeton didn’t win anything.”
In fact, the NYMU team’s project was so well done that the Beijing team totally ripped off one part of the NYMU team’s presentation.
A slide that was absent from in the Beijing team’s presentation during the Asia Regional Jamboree suddenly appeared, word for word, during the world championships. “When Mr Clapper asked the guy presenting about it, he just scratched his head and said the research was from some high school lab he did years ago,” Rohan said.
Of the 204 teams that competed in the iGem competition, the Grand prize winner was University of Heidelberg, whose project was to recycle gold from electronic waste. “They created bacteria that were able to produce a specific protein that precipitated gold from electronic waste,” said Rohan.
Why the passion for the field? Rohan said that in engineering, you can only build machines. But in synthetic biology, you can manipulate life, creating or modifying a living organism specifically programmed to suit a purpose.
TAS also offers students the opportunity to participate in the high school division of the iGem competition. If you are interested, join the iGem club by contacting Mr Clapper or Rohan.
Delete Image
Align Left
Align Center
Align Right
Align Left
Align Center
Delete Heading