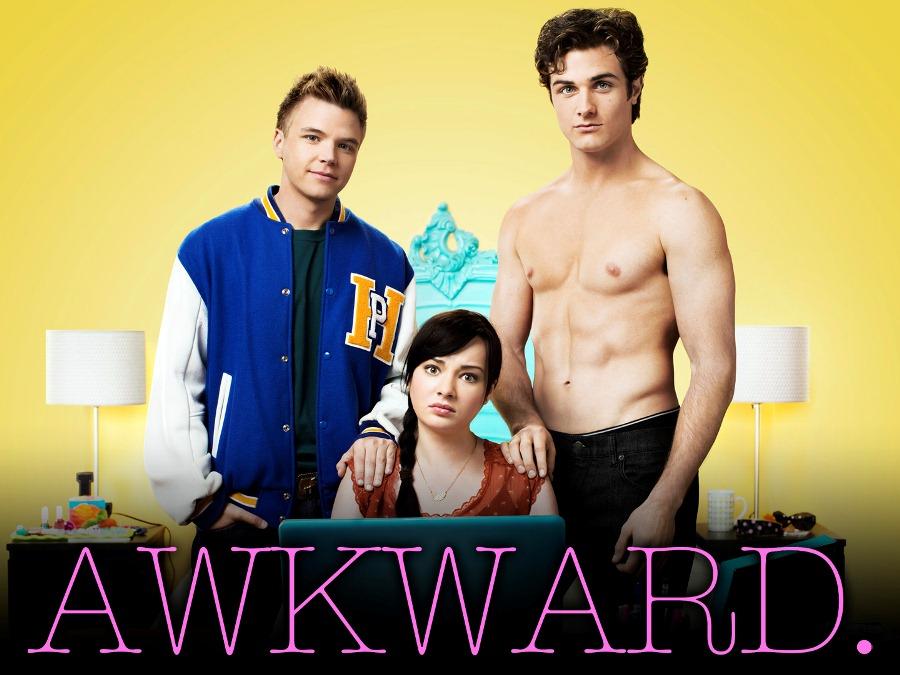 The MTV show Awkward centers on protagonist Jenna Hamilton, whose clumsiness and low social status result in disaster after the entire school mistakes an innocent bathroom accident for a suicide attempt. The show revolves around her and her attempts at dealing with the new found attention being lavished on her.
Awkward deserves some praise for the interesting and often hilarious supporting cast. From Asian mafia leader Ming, to the always snarky, and increasingly complex Sadie, Jenna’s circle of friends brightens up the show with laughs and adventures. My personal favorites are Jenna’s mom and dad, who come off as mildly clueless but well-meaning parents who also happen to still be very much in love with one another. In a TV universe of dying marriages and lackluster love, it was refreshing to see a teenage pregnancy (Jenna’s mom got pregnant at her own junior prom) that didn’t end up with a single mother and absent dad.
But beyond the supporting characters, there isn’t much left to praise. The storyline is clichéd and unrealistic most of the time, and often riddled with confusing plot holes. But beyond a badly written plot, the biggest issue with this show would be leading lady Jenna.
While Jenna’s personality is chockfull of eye twitch-inducing characteristics, let’s first talk about many badly written problems she faces. While the many dilemmas started off as realistic (feeling unnoticed? anyone can related to that) they grow increasingly ridiculous, culminating in the Season 2 finale where the two most popular guys in school are in a fist fight over her and she needs to choose which one to date.
Most girls my age are worried they’ll end up alone as cat ladies. Not Jenna.
But beyond her badly written storyline, it’s Jenna’s reactions to these situations that make her so unlikable. For example, in Season 3, Jenna meets a mysterious boy in her creative writing class, who begins flirting with her. Jenna’s reaction? To cheat on her boyfriend.
The writers attempt to play off Jenna’s mistakes as the ones we all make as teenagers, mistakes that are forgivable because we’re young and naïve. But these errors should be things like wearing ugly clothes or embarrassing yourself in front of a crush, not cheating, multiple times, on a significant other for no reason other than the fact she can’t control herself when presented with washboard abs and a chiseled jawline.
How is the audience supposed to sympathize with that?
Awkward is flawed on many levels, but most episodes will leave you feeling satisfied, or at the very least eager to find out what happens next. While it’s probably not worth rushing to get home to catch the next episode, it’s the type of show that’s perfect for lazy Saturday nights when you have nothing else to do.