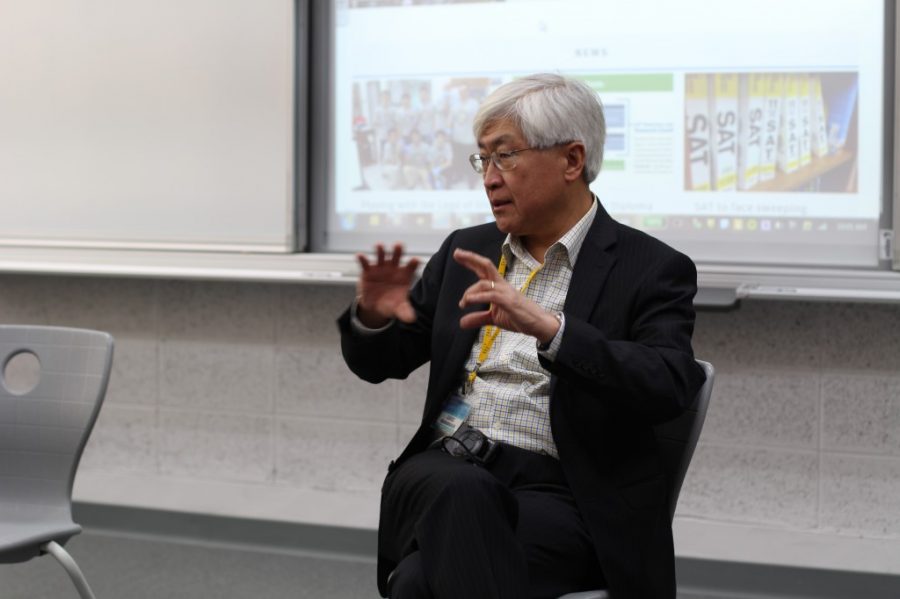 Mr Millstein, who attended TAS from 1965-1968, lived and studied in Tienmu, a then-US military base, during the height of the Cold War.

Mr Millstein discussed the challenge of the digital age when journalists are often faced with the blurred line of what readers want to hear and what readers need to hear.

“[Readers] are not dumb,” Mr Millstein said. “Readers become their own editors.”

Mr Millstein spoke about his work at various Hearst publications, including the Greenwich Time, as well as his experience as Executive Vice President of New York Times Digital. He stated that “all changes,” especially in this digital age, are for the better of the consumers and readers.

Mr Millstein’s advice to students? “Go to college, get a degree, and get your first job as a newspaper reporter.”