In defense of the digital age 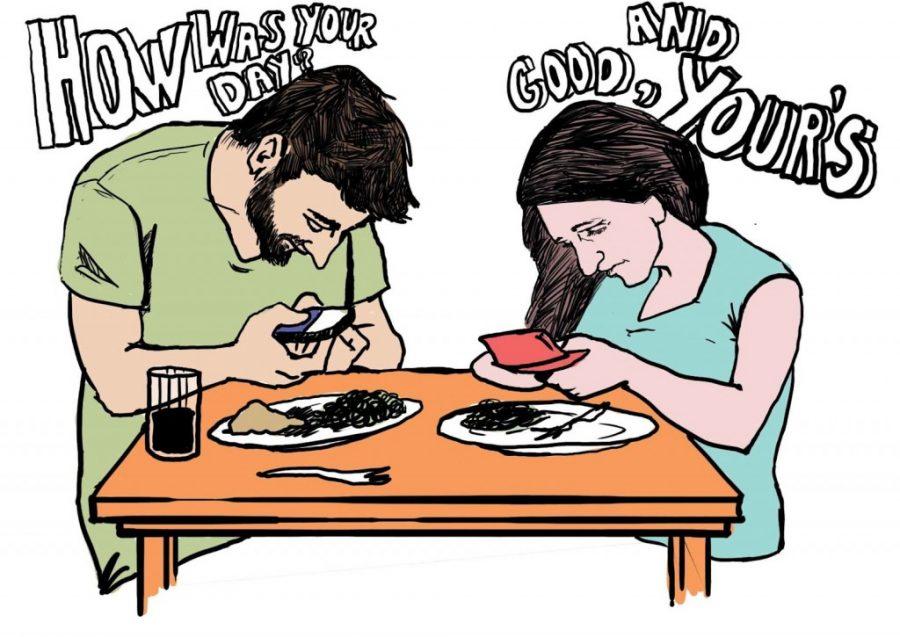 My best friend lives in Atlanta, Georgia. I live in Taiwan. For about two thirds of every year, the only time I get to talk to him, see him, and even just be around him is through the internet. So you can imagine my disappointment when the video “Looking Up” came out. The video, which uses cliché love story montages and badly written poetry in an attempt to shame us into putting down our iPhones and looking around, is simply another rendition of the tired “technology-ruins-communication” argument. Not only does the video fail to make any sort of relevant or valid point, it’s not even logically sound.
Firstly, you are trying to convince us that technology is hurting communication by communicating with us through a video…on YouTube…that would be audience-less without the internet. Wow.
Secondly, shirking technology does not make you more human. It does not make you better. If you don’t want to use technology, fine. But that personal decision does not give you the right to come in here with your self-righteous attitude and try to shame me for being “disconnected” from the world around me and for “replacing” face to face communication with texting and Skype.
The world is changing, and acting superior because you refuse to change with it only makes you sound outdated. Back in 3200 BCE, when written language was first invented, imagine if someone had said, “Hey we shouldn’t do this writing thing, it’s going to kill communication!!!! Writing will disconnect us!!! If people start writing letters, no one is going to talk in person anymore!!!” It sounds absurd to us, but is there really any difference between the Writing Revolution back then and the Information Age now?
We’ve all heard those hilarious stories about Facebook being cited as the cause of divorce or how Twitter has spawned dozens of public breakups. But the culprit isn’t social media. It’s the emotionally inept people who use social media as a weapon in their relationships. Say a wife discovered her husband was cheating by reading his Facebook messages. With or without Facebook, he is still going to cheat. If your friends spend too much time on their phones now, taking away their phones will not fix their inability to communicate effectively without the use of mental or physical barriers.
Getting rid of social media will not solve your problems. That’s because social media is not the problem.
There is nothing inherently evil about social media, or technology. There’s also nothing inherently good about it. It all depends on how it’s used. When used properly, technology can do wonders for communication. The internet is the reason Avril Grube was able to find her long lost son nearly 3 decades after his father took him to Hungary and never came back. It’s the reason Tonya and Frank Ferrari were able to find each other and build a life together for the past twelve years. As for the TAS seniors going off to college, Skype is going to become your favorite invention when it becomes the only way you get to talk to your family for most of the year.
There will always be possible pitfalls with the technology we create, as there’s always been, but that’s no reason to demonize our advancements or to ignore the millions of ways it’s helped us. Technology is amazing. Appreciate it.