The sneakerheads of TAS 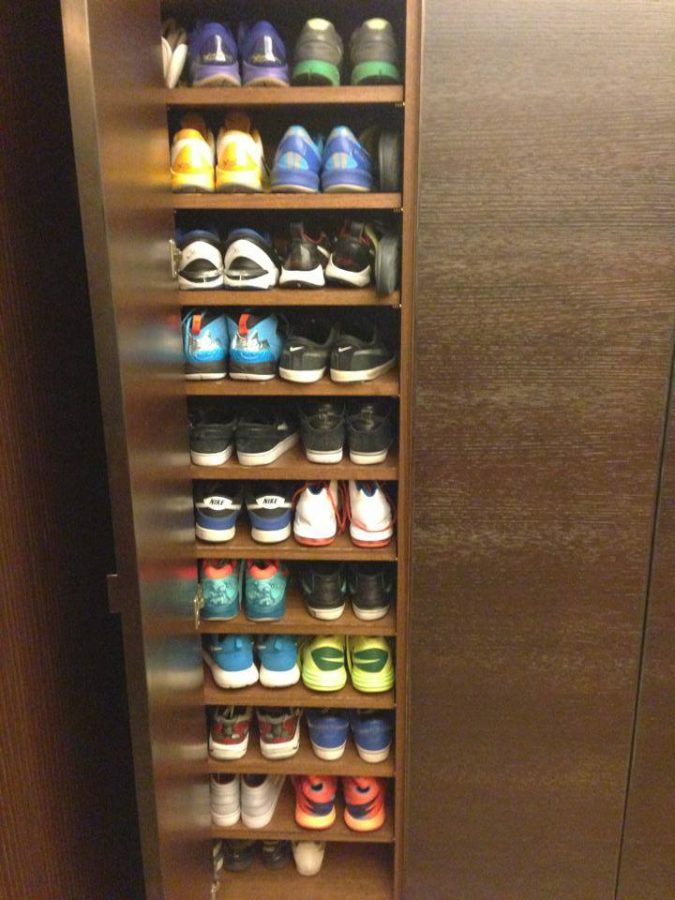 Need to get a gift for a basketball guy? Just chip in for those Hyperdunks he’s been saving up for. Or buy him that pair of Bred 11s, but make sure you ask him which color way he would like first. It’ll be pricey, but you’ll probably get his unconditional love or eternal gratitude. And maybe, he’ll even actually wear them.
For those who didn’t understand a word of the first paragraph, welcome to the world of the male species and their shoes. In this world, nicekicks.com’s verdict is law and a high-quality Foot Locker outlet is pretty much heaven. To the boys who reside in this world, girls and SAT scores all fall well below their expanding sneaker collection on the priority scale.
So what’s the reason behind all the hype? “It’s mainly due to basketball players and rappers. People want to compete with each other to see who has the better shoe game, which leads up to more and more shoes being bought,” says Allen Y. (10). “The appearance and history of each shoe also help its popularity.”
On the other hand, MJ A. (11) collects shoes for a business-like purpose. He “believes the value of [the shoes he owns] will rise in the future”, and would then profit from selling them online.
“The shoe hype is contagious. I got into shoes because my friends were all talking about it,” says Jonathan M. (10). “Another reason is because I get to buy my favorite [basketball] players’ shoes.”
The sneaker industry is largely aligned with the NBA (National Basketball Association), allowing the hype for both basketball and shoes to grow in parallel. The Nike Air Jordan brand currently sponsors twenty-six players from the NBA, while Adidas sponsors well over forty players in the league. Shoes personalized for and sported by big names like Derrick Rose or Kevin Durant only serve to multiply the sales.
Girls aren’t the only ones thought to be obsessed with what’s on their feet anymore. In fact, while the women’s shoe industry is running out of sandal designs, the men’s industry is amplifying in number of collections and variations.
“As time goes on, different shoes become more technologically advanced. And as more hypebeasts and hipsters populate the world, different brands compete with each other trying to generate more whack shoes,” says Allen.
As the selections offered by the industry continue to expand, so do the collections. Allen has a shelf of over twenty-seven pairs of shoes at home, and alternates his basketball shoes each time he plays. Jonathan has around fifty-two pairs, two-thirds of which he has never worn out before. Mj owns over thirty pairs, which he stores in his room and balcony.
The footwear craze transcends the basketball courts, too. Allen’s favorite pair of shoes right now is Nike SB’s Stefan Janoskis “Digi-Floral Camo”. Casual shoes like the Janoskis are also massively popular, as people seek to style their feet on a daily basis.
Hype is often temporary, but the shoe trend is not slowing down any time soon—in fact, it’s just kicking off.