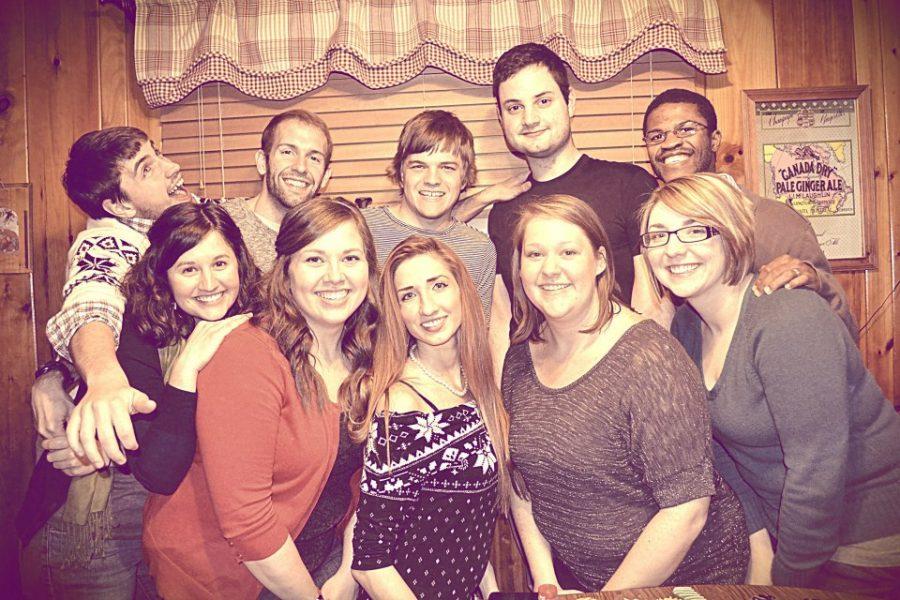 Before moving to Taipei last year, Upper School math teacher Mr. Pierce had lived his whole life in Tennessee. His family, friends, school, graduate college, and first job were all a short drive from his home town Bristol. In fact, almost his entire family live within a few hours drive. “It’s part of southern culture that we don’t get out much,” Mr. Pierce explains.

Twelve months ago, he became one of the first people in his family to step out of the south to look for adventure.  “I always [wanted] to travel when I was a kid so I just decided to go for it!” he said.

Mr. Pierce had always thought about living in England or Spain. But once he really began to think about where to move, he realized that he wanted to go somewhere completely different.

So he packed his bags and flew to Taiwan.

Living abroad has been an exciting and fun experience for Mr. Pierce. “I love Taiwan. I’ve biked in the mountains and on the north coast. The people here are very friendly and its really safe. The health care is really quick and fairly cheap.” The most difficult aspects about living here for him are “the language barrier and navigating maps.”

Ironically, living in a different country has helped Mr. Pierce gain a better comprehension of the culture of the US. “Whenever you’re part of a certain system, you don’t fully get the big picture.” Now, he “sees the details” about his country that he didn’t see before.

Being in Taiwan has even changed his perspective of life. “You see the world through someone else’s eyes,” said Mr. Pierce. “It’s really important to help you grow as a person.” The main thing he has learned from living in another country is to ignore the stereotypes about people from certain places. “People are people. It doesn’t matter where you’re from or what you look like – we’re all people. That’s something I knew already, but I really get it now.”

As for where he’ll be in the future, anywhere is possible. But he’s   sure that will probably not be moving back to Tennessee any time soon. “There are certain things that are popular there like football, NASCAR, and hunting that I don’t like. There are certain political beliefs that I don’t feel that way about either. It’s only home for me because of my family.”