The Shelf of Past Dreams 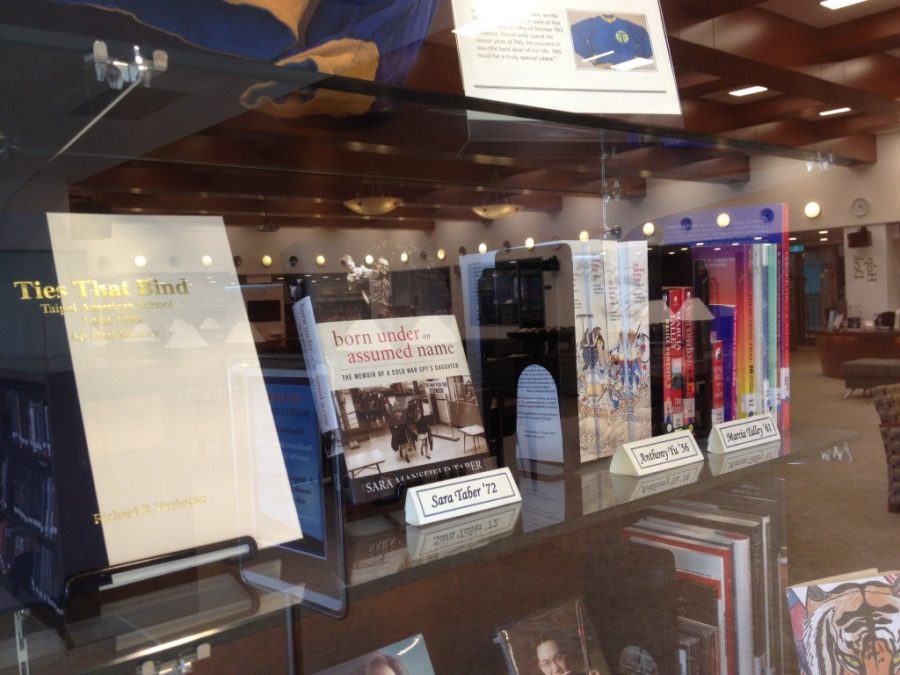 The monkey king, a monk, a pig-monster, and a kappa. On a journey to the west.
Sound familiar? You’ve probably heard of the most famous Chinese folktale, Journey to the West, before. Of course, you’ve probably never even bothered to read it–it’s way too much work to read four volumes of Chinese characters, a third of which you probably can’t even recognize. Anthony C. Yu (‘56), from TAS’s first graduate class, dreamed of breaking this language barrier for years. And he did it.
By 1983, he completed an unprecedented, unabridged translation of the Journey to the West; he was the first to translate the poems and songs essential to understanding the novel. And it has finally been shelved in the Information Commons, joining all other alumni works on the Alumni Bookshelf.
You might have walked past this bookshelf on your way from the library to the Fitness Café without giving it a second thought. Consisting of two shirts, several books and a few CDs, the Alumni Bookshelf is a compilation of alumni works. Works include novels such as Mr. Yu’s, a movie directed by Bertha Pan (‘88), and many more.
In the bookshelf hangs two mysterious t-shirts as well. One is a vintage TAS basketball warm-up shirt. The other one? Make the trek to the Info Commons and find out yourself!