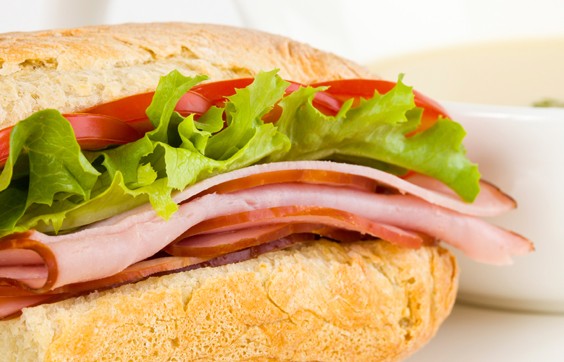 This article is a part of Foodie’s Central – a series dedicated to taking an in-depth look into what goes in our body.
Other articles in this series:

Beyond the Food Labels
The Virtues of Vegging Out
Dark Magic: How Chocolate is the New Fountain of Youth

This year, our very own Snack Bar goes beyond basic blueberry bagels, bran muffins, and lunch boxes. It’s now stocked with new decadent items all for our lunchtime pleasure: lemon cakes, turkey sandwiches, and tropical fruit Popsicles, just to name a few.
“My favorite Popsicle is the wildberry one,” says Alison C. (10). “I enjoy eating popsicles because they’re really delicious and cold.”
Another Autumn favorite, the new sandwich entrees include salmon, salami, turkey, and pastrami beef fillings.
“I enjoy all the sandwiches because they’re not only tasty but also very healthy,” says Angela C. (10). “They satisfy my growling stomach without me feeling guilty.” According to the Food Service, the salmon sandwiches alone could sell up to eighty in a day.
In just a couple of months, blueberry and cranberry oatmeal cookies will be ready for students to grab on-the-run. Shortly after Christmas, chicken pasta, Chinese pork in lunchboxes, and Cajun chicken breasts all spiced-up will also be up for sale.
“We don’t want people to get bored eating the same things over and over again,” says Mr. O’Neal, Head of Food Service. “Oftentimes, we make variations of the original diet, and we like to keep people guessing.”
Who are the magicians behind these mouth watering delights? While the cinnamon-coated Snickerdoodles are Mr. O’Neal’s own family-recipe, Frank’s Oatmeal Cookies are the work  of Chef Frank who retired from TAS about eight years ago. And the soft-baked Jan Mcdowell’s Chocolate Chip Cookies? They came from a former TAS teacher (Jan McDowell) who strolled into Mr. O’Neal’s office and handed him the recipe  ten years ago.
But whatever the case, here are some clues that might help you guess what new snacks the Food Service have in mind.
“The most important thing is that [the snacks] have to be tasty,” says Mr. O’Neal. “But we also tried to make them nutritious- nothing high-fat or high-sugar.”
Our health is number one, and that’s been the priority for many years. The Snack Bar stopped selling pies and anything with frostings about a few years ago. And today, there’s nothing in the Snack Bar that is fried- even the French Fries and Tater Tots are baked.
But healthy food doesn’t have to be  boring. We’re in for some surprises in the next few months so keep your eyes open!