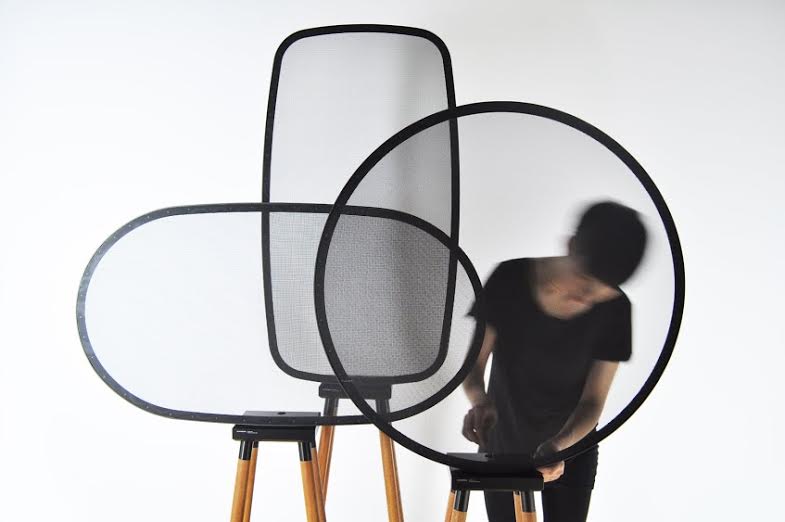 In the light-flooded studio a woman with a slightly tomboyish look faced an audience of about 20 students, parents, and faculty. With a mike in one hand and a pointer in the other, she progressed through her talk in Chinese as two student translators translated for the English speaking members of the audience.
She was Vii Chen, winner of the prestigious Red Dot design award, visiting TAS to talk about her experience on September 21.
Beside her was a curious looking setup of what looked like three round mosquito netted windows overlapped with each one another. In the center was a small light bulb.
This was the very lamp that she showcased at this year’s Milan Furniture Fair. She was inspired for this design by traditional Chinese windows, which allowed the perfect amount of moonlight into the room to make the atmosphere of the room magical.
Before she traveled to Milan, her team had to pack the lamp as compactly as possible for mobility. At the showcase, she began unpacking from the small box they had carried all the way from Taiwan. She says, “as we assembled the pieces together, people would stop by and watch us. They were curious because our lamp kept getting bigger and bigger.”
The lamp was also popular with photographers. She says, “they spent a full 15 minutes trying to take the best photo, but I couldn’t tell the difference between one from the other.” She also noted that the photographers for western magazines tend to like taking photos of both the designers and their work, while photographers for Taiwanese magazines tend to just take photos of the work.
Along with her sophisticated looking light source, she also brought with her “Peels”, which are cups with textures of various fruits and vegetables on their outside surface.
Vii Chen know how important it is to win awards. There’s an “unspoken rule among the university students that you had to win some kind of award to graduate.” This was not a problem for her, because “Peels”, which was part of her thesis, won the red dot design award, an incredibly prestigious award among designers.
Annie C. (12), said she liked how “the designs had a mix of modern and traditional tastes.” She especially liked “Peels”, which she thought Chen “implemented these two different tastes together very well and created something so elegant.”