You are not your Major 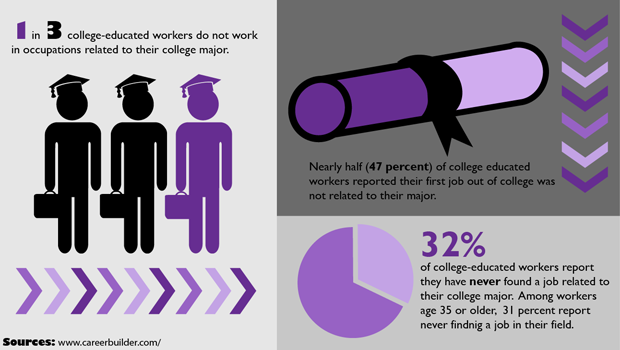 One question has been hounding us since we were in kindergarten: What do you want to do when you grow up?
You may have started out as a princess, or a firefighter, or even a vet. But looming college applications have made you realize, you have to decide. What are you going to major in? What are you going to do? As a high school student, it’s time to make the final decision… or is it?
Mr. Montgomery, a US English teacher, double majored in Physics and English in college. He says, “I had no idea what I wanted to do when I was 15. I’m not sure I had any idea what I’d do when I graduated from college or even now. But I think I can say that for me, I find my decisions that have led me to be here much more rewarding.”
Mr. Montgomery had started off in college as a physics major, but later decided to double major when he realized he loved English as well and wanted it to be a part of his life. Teacher experiences show us that it may not be as black and white as it may seem and deciding what you’re going to major in isn’t going to dictate the rest of your life.
Ms. Kao, who had majored in economics and psychology in college, is now an US English teacher. “I think that it seems more serious at the time than it does after you graduate. People study all sort of majors and they end up doing different careers. Some people change their career multiple times,” she added.
You also might be battling with your parents. Many times, what parents expect from us are occupations like doctors, lawyers, engineers, bankers etc. But is that truly what you enjoy?
Mr. Montgomery firmly believes you should pursue what you want to do. “I have many good friends who are doctors and lawyers… and a lot of them love it… But I think there’re some people who go into professions like that for the label of what the career represents as opposed to actually enjoying the work. If you’re spending a third of your living hours doing something you don’t enjoy, well, that just seems really sad to me,” he says.
Ms. Kao had actually first started studying economics to meet her mother’s expectations, but she decided to quit. “When I told her, she was very not happy about it, but she sort of accepted it at that point because I’m like ‘I just can’t do this anymore,’” said Ms. Kao.
Of all her college friends, Ms Kao is the only one who is “not a doctor, engineer (working with technology), a lawyer or working in finance”. However, at the end of the day, she’s the only one who actually enjoys what she does. “They don’t like what they do. They do it because they have to,” says Ms. Kao. “It’s weird and hard to do things that other people don’t do, but if you believe in what you’re doing strongly enough, it has a lot of great rewards.”