Beneath the Surface: Sexual Minorities at TAS 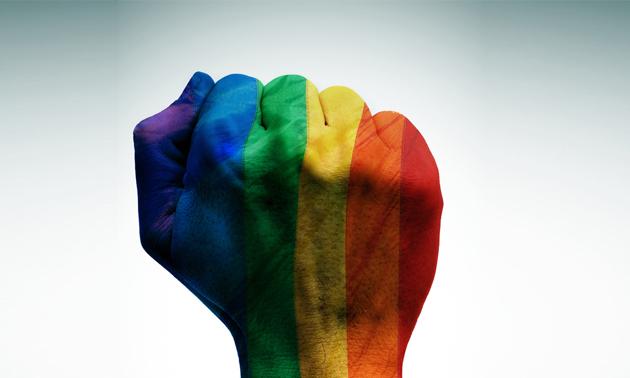 To an outsider looking in at TAS, the upper school body may seem like a large mass of basically identical English-speaking Asians, with a few exceptions. But if you look closer, beneath the surfacs, there are tiny minorities hiding away.
The Laramie Project last year sought to raise our awareness of the LGBT community and promote the idea of acceptance. However, despite that and the newly established LGBT Alliance club, the gay and lesbian  issue is still a skeleton in our closet.
A gay student admits to still hearing homophobic slurs and comments, even though most people have opened up after Laramie. The student also expressed anxiety about coming out at TAS. “What will the conservatives think? What will the teachers think? What about my parents? In fact, I do have sleepless nights where I just think, think, and think more, bundled up in fear.”
Transgender students are an even more underground group at TAS, and possibly our tiniest minority, with only one student identifying as transgender out of 310 responses.
This student admits to being almost totally closeted at school. “Ever since I was little I have felt like I was different. I didn’t know why then, but now I do. I am transgender. Though I am not out to anyone other than just my close friends and imitate family, I still try and bring awareness to this if I hear someone say something insensitive.”
Yet another underground group would be non-binary students. To be non-binary means that one identifies as neither male or female exclusively, thus outside the gender binary. A non-binary student admits to feeling uncomfortable as a girl, but at the same time, feeling that boy was an inaccurate description as well. “Once I found out what nonbinary was it was like “you’re kidding. there’s a word for that?” And it was all really exciting until about 5 minutes later when I realized barely anybody knows what “non-binary” means, and there’s definitely not going to be surveys asking “male or female or other”. It’s kind of depressing to see that literally nobody acknowledges people like that.”
Some videos on YouTube have been focusing on the LGBT community recently, and there is a particular question where gay people are asked if they would choose to be straight if they could.
“Well, my answer to the question is… no. Being gay has strengthened me into a stronger, nicer, and more positive person, because I have felt the hate and I know what it feels like to be in a minority group, so I can empathize with other people better. People say that being “gay” is a flaw, but I think ‘Baby I was born this way’,” writes the gay student.