You Are Not Charlie 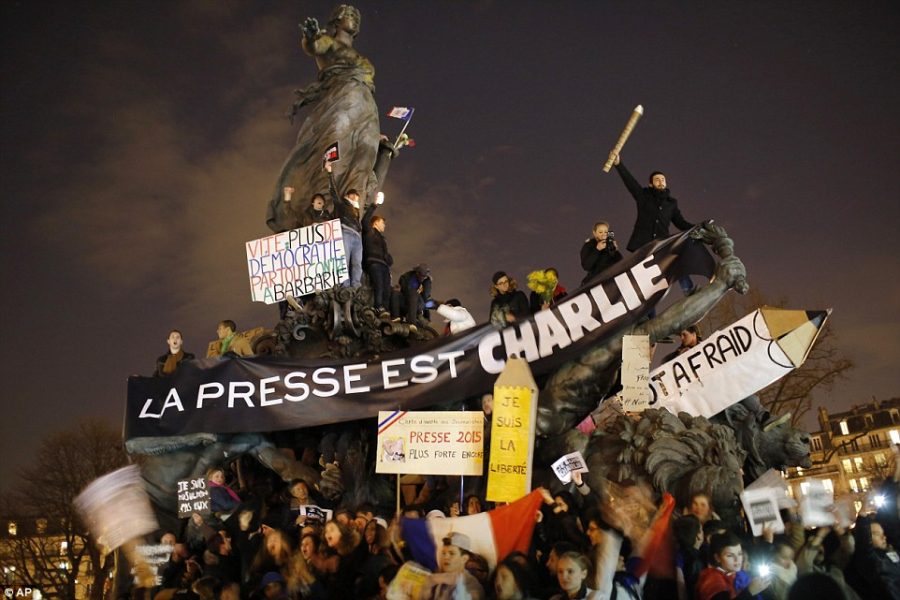 A record-breaking 3 million protesters march through Paris. Black-and-white placards printed “Je suis Charlie”, or “I am Charlie”, rise above.

Championing the freedom of expression seemed to be the right response. Just a few weeks ago, members of satirical French magazine Charlie Hebdo exercised this freedom and were murdered for it. Therefore, we needed to reemphasize this right of ours.

But things really aren’t that simple. What happened at Charlie Hebdo is not solely about free speech or terrorism. I am in no way justifying the killings —however, Charlie Hebdo should serve as a reminder to everyone that with free speech comes responsibility.

As harsh as it may sound, the victims’ deaths do not mean that we should glorify them. Obviously, their deaths were wrong. You can consider them martyrs to the freedom of expression, but they were in no way martyrs to respect.

Let’s be honest—there’s a reason all UK newspapers covering the incident have declined to publish any of Charlie Hebdo’s comic strips. They’re offensive. Nude caricatures of Muhammad, pictures of a Muslim man making out with some cartoonist, or the prophet telling his audience they’ll receive “100 lashes if [they] don’t die of laughter!”…you name it. To Muslims, not only is the holy prophet not supposed to be depicted at all, but when cartoonists depict him in such extreme ways, they’re bound to tick somebody off.

Satire needs to know its limits. It’s possible to be funny without being offensive—in fact, being offensive, or culturally insensitive in Charlie’s case, really isn’t very funny at all. That much should be realized by the incident. One can say whatever he or she wants to say—but with free speech comes responsibility. Imagine if the cartoons had been racist to African-Americans instead. Or Anti-Semitic—incidentally, Charlie Hebdo fired one cartoonist Maurice Sinet for allegedly writing an Anti-Semitic column in 2010.

It’s recognized everywhere that Anti-Semitism and racism are deeply wrong. Then what about Islamophobia? If you read the anti-religion Charlie comics, you’ll definitely pick up traces of it there. Then what of it?

As the “Je suis Charlie” posts and multiple articles regarding free speech surfaced on the web, I couldn’t help but feel that there was something fundamentally wrong with this whole incident and how we’re seeing it.

The killers were wrong—there’s no denying that. Yet that does not make those who were killed by them right. Islamophobia, along with much of what Charlie Hebdo exuded, is not right, as much as I’d like to think of it all as just simple provocation and humor. We can honor the victims’ lives, but we must not glorify every aspect of them.

How most of the world is currently addressing this event seems almost one-dimensional. What went down at Charlie Hebdo wasn’t just about free speech or terrorism. When people tweet and post statuses stating that they are “Charlie”, all just seems too vague. What do they mean by that?

You can support the families of the victims, recognize that everything that happened was wrong, and protest against the violent act that took place. But you are not Charlie. If you have never published hundreds of disrespectful cartoons, ridiculed people for their faiths, or violated a figure sacred to many, then you are not Charlie Hebdo. And please, don’t be.