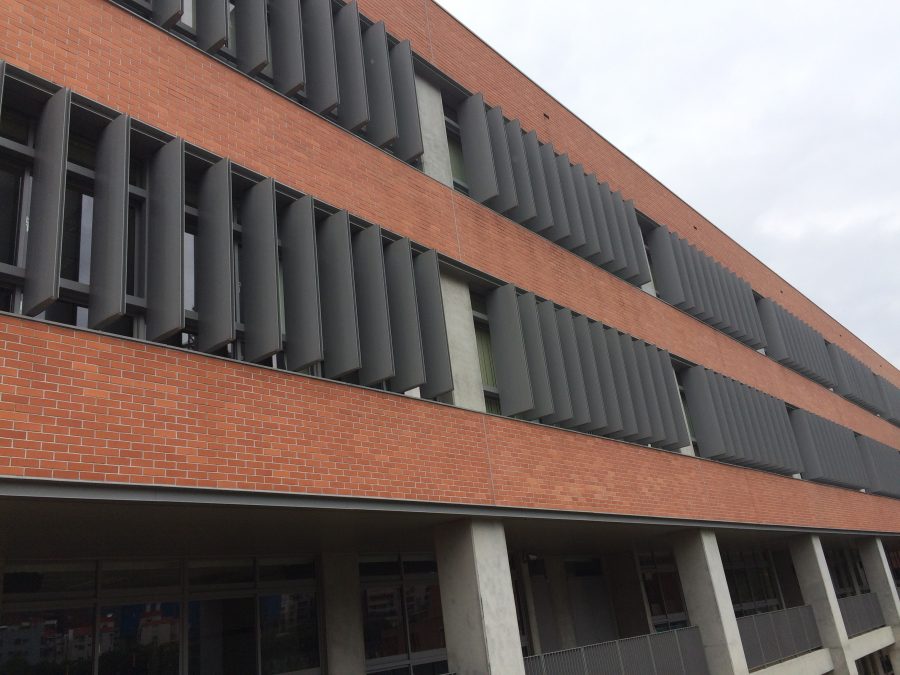 You asked us questions about things in the school you were curious about and after some investigation, our staff came up with some answers!
What are the grey panels on the windows for?
According to Mr. Panta, our assistant superintendent: “The grates on the windows are there to prevent excessive sunlight from getting into the classrooms. They’re an environmental addition to the building, so that the building then doesn’t allow the sun to get directly in. When the building was built, the position and direction of the building was looked up by the architect and they made a decision as to what the actual grates should look like and how big they should be. They’re not adjustable, they’re fixed, but they are for sunlight and are to make sure that the environment inside doesn’t change dramatically.”
Why is the Yearbook called China Gate?
Pagoda was TAS’s very first yearbook that was published in 1956. The second yearbook published in 1957 was renamed as Taiwan Tales. The next edition was again renamed as Dragon until the following year when yearbook finally settled on the name: China Gate. And from 1959 onwards, TAS’s yearbook has always been called China Gate.
Most students today assume that the yearbook is called China Gate simply because it’s the name of the publication. But this is not true.
One explanation, provided by the Yearbook staff, is that the yearbook was named after a landmark on the old TAS campus in Shilin. There, the courtyard had a small island surrounded by a moat in the courtyard, which was known as Senior Island. The bridge connecting this island to the courtyard was called China Gate. But although the island and bridge existed, this explanation is not entirely accurate. Actually, it is not accurate at all.
The real answer came from the Alumni Office.
The prologue page of the very first China Gate yearbook reads: “As old Chinese proverb says, ‘Learning is weightless…treasure you always carry easily.’ Here at TAS we have learned together, but we have also enjoyed sports and activities together. As you see through beautiful Chinese gates into each area of our life at TAS, you will relive the pleasures and disappointments, the challenges and excitement of the school years of ‘58-’59.”
See the words “beautiful Chinese gates?” As Ms. Chen, Alumni Outreach Officer, concluded, these gates might be referring to the gates of the buildings inside TAS’s third campus at Chang An East Road. Under Mao in the 1950s and 60s, China’s isolationist policy makes it a mysterious and irresistibly fascinating country. “Everything about China is exotic to the foreigners,” said Ms. Chen. That is perhaps why China Gate has been the name of the yearbook since 1959.