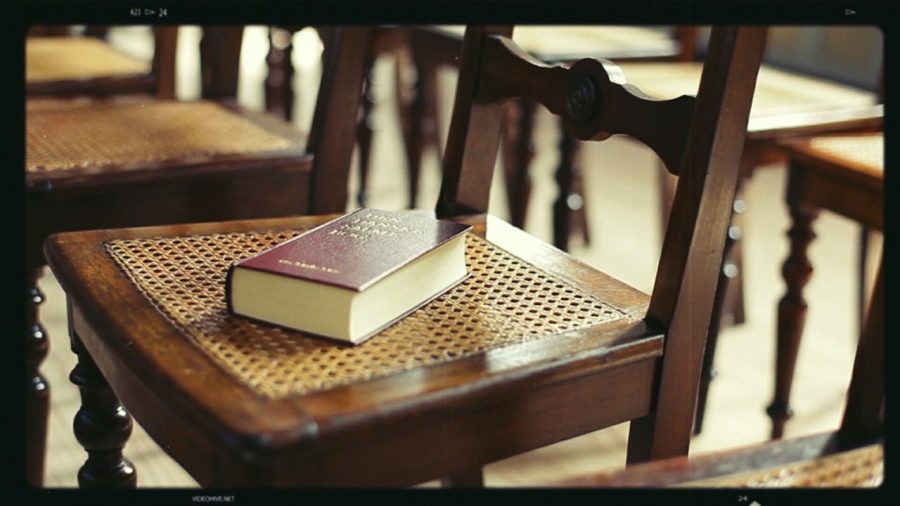 A group of students sat in the bleachers by the empty soccer field on Friday during Flex singing songs about Jesus.

They’re not in a classroom because the school won’t recognize them. But they seem happy to be underground.

These students are part of a group called, “Lighters,” a name referencing the Bible verse Matthew 5:14: “You are the light of the world.” They are the only religious group on campus, mostly unknown to the rest of the student body.

Members of the group can occasionally be spotted sporting the maroon-colored sweaters with the word “Lighters” printed in big white block letters. But other than that there’s barely any sign of the group’s presence at TAS despite its growth in the past year. The group has 90 members on its Facebook Group and about 30 regulars.

Religion on campus at TAS has always been a really tricky topic. Sometimes it’s simply ignored. According to Mr. VandenBoom, the upper school assistant principal, the upper school does not allow religious groups to register as official clubs.

“The viewpoint of the current administration is that TAS is not a vehicle for promoting any religion,” he said. “As soon as [a religious group] becomes like a school club, it is more or less school sanctioned or school sponsored. We can’t look as if we are favoring one [religion] over another.”

Some students, however, disagree.

“I don’t see anything wrong with [religious clubs],” said Barry Chiu. “Clubs are meant to gather individuals who share an interest in something, and if it is about being Christian and loving that through singing songs, I think it’s fine”

A member of “Lighters,” who spoke anonymously due to the sensitivity of this subject, also expressed her support for greater acceptance of religious groups.

“I feel like [religious groups] should be allowed to [register as clubs], because students should be allowed to practice what they believe in at school,” said the member. “School is a place where we are still developing ourselves, and if religion is a part of us then I feel we should be able to develop that in school as well.”

The US Supreme Court in June 2001 ruled that religious groups are permitted  to hold after school meetings on public school campuses.

Some students argue that the ban on religious clubs is a threat to basic rights.

“It’s in the best interest of the school to loosen their tight grip on student activities and a restriction based on religion,” said Barry Chiu. “You’re limiting student freedom to tackle initiatives because they may seem detrimental to a school’s image.”

Others are worried about the friction such religious groups might create on campus.

“If we have two different religious groups there might be tension,” said Alex Lee. “Basically when you create a club, you promote the club’s values. But if it is now a religious club then the school essentially promotes the religion which may cause disputes with parents and students of other religions.”

Some members of “Lighters,” however, seem to have little interest in gaining official recognition.

“Well we seem to be doing fine now. We have meetings and stuff and we’re not that much different from a club other than the fact that we are not registered,” a member said. “I guess it also saves us a lot of trouble of not having to fill up forms and constantly go to leadership stuff or what not.”

“Lighters” and other religious groups on campus, if any, may have to continue living in this limbo state, where they are actively meeting but not registered.

When asked whether or not anyone has tried to stop the group from meeting a member responded, “No, they just let us do what we want so that’s pretty nice.”

Ultimately, students will have to seriously raise their voices if they do hope to change this policy on religious clubs.

“I wouldn’t feel offended if there was a Jewish club or anything,” said Jasmine Martin. “I would just let the Jewish kids do what they want, if they want to hang out with other Jewish kids then go for it. As long as they don’t try to force their Judaism beliefs towards me.”