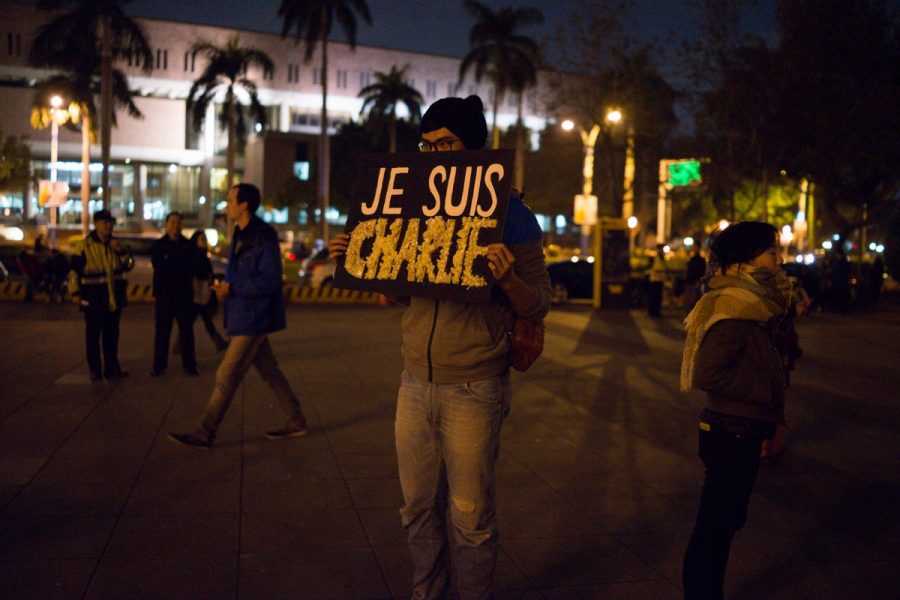 “Jay-Z performed and suddenly Beyoncé was there. Then a girl next to me started crying when Beyoncé was performing,” said Heejo Kang, a TAS alumnus (2014).
While bursting into tears upon seeing Beyoncé is not atypical, this was no ordinary concert.
Heejo, a student at  Columbia University, attended the Global Citizen Festival last September, where both speakers and celebrities such as international DJ Tiësto and Carrie Underwood performed to raise awareness on world poverty, hunger, and diseases.
“It was a good way to mesh entertainment and education. Everyone was really enjoying themselves,” she said.
Last September, Heejo also protested alongside more than 400,000 people at the People’s Climate March in New York City.


“I never lived in America before so I only experienced democratic ideas through textbooks, movies, and books. But walking down those streets in the march really helped me soak in what American democracy is. You see people singing, chanting, and protesting with signs. It fills you with optimism,” said Heejo.
Heejo explained that the Columbia college administration encourages students to take a stand for  what they believe. Students could even postpone their finals  a couple of days if they felt overwhelmed by the protests.
Addy Shih, another TAS alumnus (2014), is a student at University of California Berkeley, a university famous for its radicalism. She was assigned to report the Ferguson protests for The Daily Californian, the Berkeley school paper.
“When you’re in high school, especially from a TAS angle, you really are in a bubble and you realize that when you go to college,” said Addy. “College does a good job of teaching you about activism and nurtures you to have the mindset to be involved. There are so many people with different viewpoints and backgrounds.”
At first, the student protests at Berkeley were organized and peaceful. Students walked through the streets with signs and chanted. But the protests soon grew increasingly violent.
“Protesters occupied a freeway. All of the sudden, the police threw a canister of tear gas into the crowd. Everyone started scrambling off the freeway. I got pushed onto a chain-linked fence which was really scary. I was bleeding,” said Addy.
On the second day of the protests, Addy was coming out of her dorm when she saw two rows of police in riot gear holding clubs and rubber bullet masks. The police threw a canister of tear gas right at the crowd of students. “It was surreal,” she said.
Over the years, Taiwan has also had its fair share of protests. Dozens of TAS students attended the Sunflower protests last year.
In January, TAS student Kevin Huang (12) participated in the “Nous Sommes Charlie – Taipei ??????” silent rally, advocating for freedom of speech after the shooting at the offices of Charlie Hebdo, a satirical newspaper in France. He described the atmosphere of the protest as “very calm and peaceful, with a hint of sorrow.”
“In my opinion, there is no obligation for students to be involved. Rather, it is important for us to be involved as citizens of the next generation,” he said. “How we react to events like these determines how our future and society will shape.”
Protests have always been an important aspect of democracy, and are a great way, especially for students, to learn more about societal and political issues.
“There’s a tendency to support the one side that’s protesting and hate the other side. But I’ve actually learned that there are two sides to every social issue. I don’t think there’s ever one side that’s blatantly correct,” said Addy. “History is being made and there’s no other way to be educated on issues than to be part of them.”
Delete Image
Align Left
Align Center
Align Right
Align Left
Align Center
Delete Heading