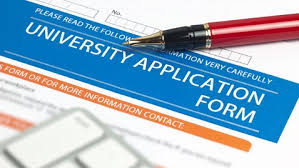 The truth is, my mom only knew which college I wanted to apply for college when I asked her for her credit card number. And my dad? He thought that I’d already gotten into some kind of college at the start of my senior year… even before I started drafting my essays.
My parents have always trusted me to make my own decisions, so neither of them seemed particularly concerned when it was time for me to apply to college. Throughout the application process, my mom’s only advice to me was: “Just do your best.” And my dad’s? “Exercise and sleep early.”
Millie W. (12), who planned to major in undergrad business, had similar experiences. “Occasionally, [my dad] would ask me a few questions about the schools [I planned to apply to], but other than that it was pretty much up to me,” she said. “My parents have never been pressuring [or] encouraging either… They sort of just go with the flow and follow my decisions.”
For some students, however, their parents were heavily involved. “My parents helped me a little with brainstorming and thinking of stories that I could write about when I was stuck,” said Cynthia L. (12) who applied to art schools. “[And] I wasn’t really allowed to go out until I finished applying to my seven schools. Some people thought this was too strict and harsh of my parents, but I’m actually very grateful that they did so.”
Victor H. (12)’s parents also guided him throughout the application process. “They looked at my essays [and] told me not to use contractions,” he said. “My parents gave me suggestions to apply to certain schools, but ultimately, it was up to me to decide. [They also gave me] a bit of pressure, but mostly pressure to complete the application as opposed to pressure to apply to schools.”
As for Jasmine T. (12), her application process was a bit of a struggle. When she told her father that she wanted to apply to Cooper Union for electrical engineering, her father, who is an engineer himself but had never heard of the school, put his foot down and said no. Only after the early decision date did her dad come up to her and say: “You know, Cooper Union is actually a very good engineering school. Look! It’s ranked #8 for engineering schools on US News!”
“I learned that I had to explain everything really patiently and communicate with them frequently about where I was in the application process,” she said. “They told me to apply to schools that were high in rankings for my major, [but overall] they were very supportive and understanding when I was stressed from writing applications, doing sports, and balancing academics.”
Photo courtesy of abcnews.go.com