No Zayn, All Pain 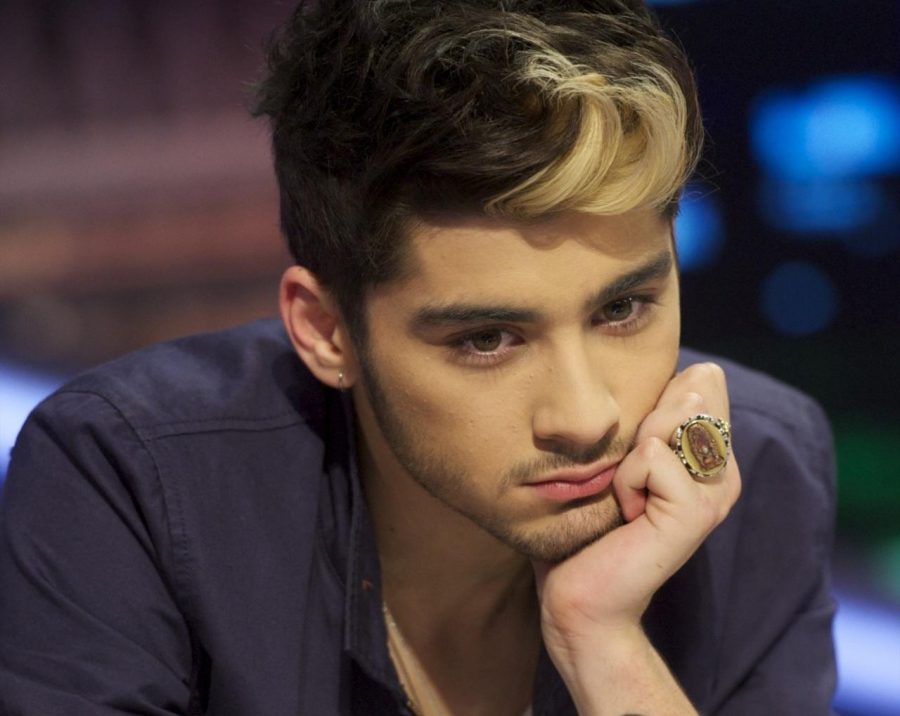 Submitted by Neha P. (11)
So probably everyone has heard that heartthrob/Adonis/gift-from-Olympus Zayn Malik recently left One Direction. (sob!) Like every other One Direction fan out there, I spent at least 17 and a half hours crying and avoiding all things 1D in an effort to heal my heart, only to start bawling again when I caught a peek of the Zayn shrine above my pillow.
Zayn Girls worldwide have been posting Vines of themselves sobbing and petitioning to get their precious Zayniepoo back into the band. But that’s not going to happen. The hard truth is that no matter how many tweets are sent and how many letters are written, Zayn is not coming back to One Direction. There are a billion and one reasons why this won’t happen but the most fundamental one is that Zayn’s departure  from 1 D  is different to other band divorces.
Members who left their groups in the past usually do so for a few reasons, none of which mirror Zayn’s. Take for example, Panic! at the Disco drummer Spencer Smith,  left the band to check into rehab after his long time battle with alcohol and prescription pills. And of course, we can’t forget our main man J. Timberlake who left NSYNC to pursue a solo career and proceeded to become a platinum recording artist (after shaving off his gorgeous curly locks, which I still cry about, tbh).
But Zayn didn’t leave because he wanted a solo career, or because he was addicted to drugs. Zayn left because he had grown to hate his job and everything that came with it.
Most fans were shocked when Zayn left the band, but they weren’t surprised. The truth is, Zayn never felt like he fit into the group.. His departure wasn’t a sudden isolated event; it was something that had been building since the early X-Factor days.
Zayn was always the shy one who didn’t talk much in interviews. Zayn was always the reclusive one who disappeared for weeks at the time during tour breaks, causing aneurysms in the brains of fans worldwide. Zayn was always the quiet one, the introverted one. Zayn just never really fit in. He loves singing, but he always hated the spotlight and the scrutiny that came with it.
Zayn stated he left One Direction because he wanted to live a “normal life” without the crazy paparazzi and even scarier fangirl mobs. But when you’re a (ex) member of the world’s biggest boyband, you don’t get to live life normally. Which is a great pity, really.
If ordinary Joe on the street was unhappy with his job and was visibly stressed and depressed by it like Zayn was, society wouldn’t be condemning his decision to leave his job. But instead, fans who were proclaiming their love to Zayn in 140 character messages on Twitter just days before his departure, are now sending him and his fiancé, Perrie Edwards (the proclaimed Yoko Ono of One Direction), death threats.
And that is why Zayn is never coming back to One Direction. In fact, he may never pursue a solo recording career either. Zayn’s main  motivation for  leaving  the band was his hatred of random teenagers prying into his personal life.
It’s time to step back and leave Zayn alone. Maybe, if we’re lucky, we’ll get a reunion tour or show. But until then, OT5 fans just have to console themselves with fetus 1D videos and badly written fanfiction while crying themselves to sleep every night.
(At least, that’s what I do.)
TL;DR: I hate Perrie Edwards. Zayn, my phone number is 0988XXXXXX.