The SAT: Over-prepped, Overworked and Over It 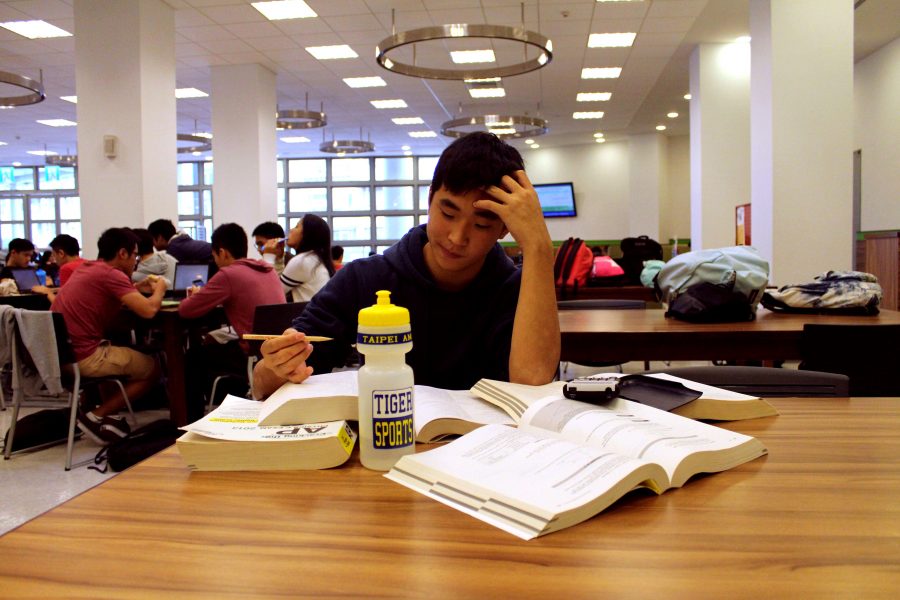 Ask anyone–juniors, sophomores, even freshmen–what they’re doing this summer. Amidst conversations about internships, summer school, and travels abroad, you’re bound to hear the two words that have haunted every TAS kid at one point in time: “SAT prep”.
Every summer, winter, and spring break, hordes of high school students gather at SAT preparatory schools in Taipei such as Akme, Princeton Review, New Pathway, ACI, Ivy-Way, you name it. Some students even fly to Shanghai, Beijing or Hong Kong for the original New Pathway program, exhausting thousands of dollars for both the flight and the supposedly top-notch course.
Of course, for some people, the price of breaks and free time do pay off in the end. After relentlessly attending intensive courses such as the 9AM to 7PM classes at New Pathway or Akme, they improve by hundreds and reach their target scores. But in most cases, that doesn’t happen–instead, students find their scores at a stalemate, unable to rise any further, while their parents’ pocketbook numbers steadily decline.
After months and months of prep, you’ll eventually hit a point where you can’t improve anymore, and your mock scores just keep staggering within the same range no matter how many classes you take. So why keep prepping?
Don’t get me wrong–I’m all for some basic SAT prep. Having experienced it myself, I do believe that at most two weeks of daily preparatory classes definitely help. The classes introduce to you the basics of each section, and through mocks, help you grow more comfortable with the testing format.
But that should be the extent of it. After taking two weeks of a course for two hours each weekday, all I did to prepare for the SAT was take mocks over the weekend. Without classes, just the simple experience of taking a mock had my score steadily improving.
Along with the mocks, I had been signed up for classes at Akme as well. But as it happened, I realized how pointless they were. Perhaps the classes could help with explaining certain math and writing problems and how to tackle them. But some things like reading you just can’t teach, and that was what we spent most of the time on. There was no way I was going to let my happy Sundays just slip away like that.
Obviously, the SAT is an important test that much of your future rides upon. To score well on it, you most likely need to take a few classes first so that you can familiarize yourself with its style. But eventually, after those few classes and a few mocks, you should be able to identify patterns within the test on your own, or at least understand what specific areas you need to work on. And yeah, those extra classes may help you in doing so if you need it.
But if you find yourself understanding right away why you got a certain problem wrong in those classes, or find your score in stagnation, then stop. Save yourself the money and the pain, because there’s only so much ten hours per day of SAT prep can do for you.