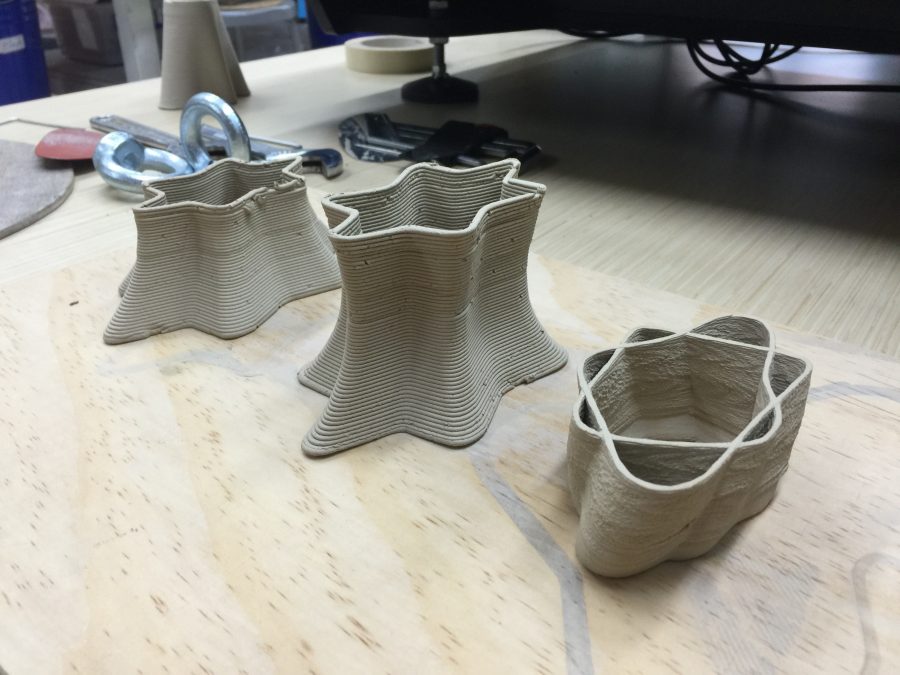 The TAS art department has earned TAS a new title as the first high school in the world to own the Lutum Clay 3D printer. TAS is the 8th in the world to own this particular model, which was  shipped to TAS this August from the Netherlands.
The Lutum Clay 3D printer, which uses compressed air to push clay out of an extruder tip, can print objects ranging from functional vessels, such as cups and vases, to purely sculptural pieces. Prints can reach as tall as 2 feet high, and Mr. Morris, upper school ceramics teacher, plans to print a life-size bust of someone’s shoulder and head in the future.
Currently, the art department is going through the process of figuring out how to use the printer. It hasn’t been easy, as a successful print depends on a variety of variables such as the speed, flow and consistency of the clay. “I probably took a dozen attempts, maybe even as many as 20 attempts to get these three prints,” says Mr. Morris. “I think the first print we did actually collapsed because the clay was too soft. That was the biggest disaster.”