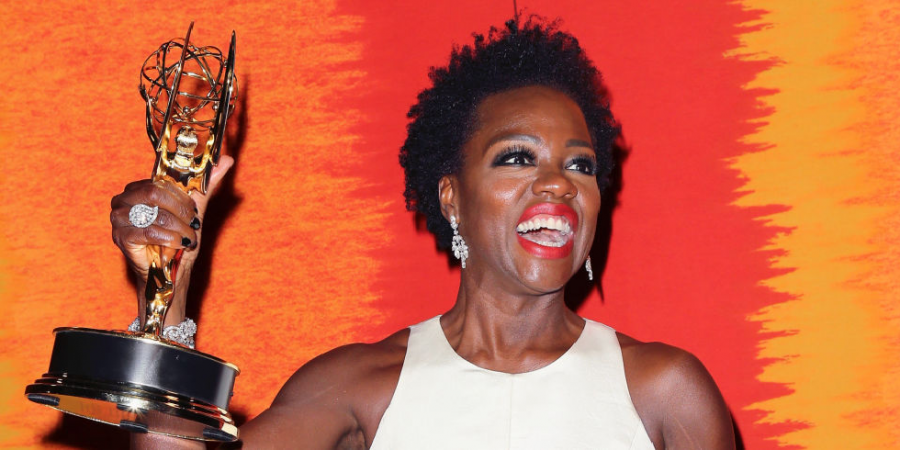 The Emmys brought tears to many faces this week during Viola Davis’s impassioned acceptance speech for her award-winning lead role on ABC’s How To Get Away With Murder. Her win made history as Davis became the first African-American woman to win Best Lead Actress in a Drama Series.
Emotions were already running high when Uzo Aduba took to the stage earlier that evening for her tearful acceptance speech after winning Best Supporting Actress in a Drama Series for her role as Suzanne “Crazy Eyes” Warren on Netflix’s Orange is the New Black. This was her second consecutive Emmy for this role and she became the first actress to win both a comedy and a drama award for the same role as a result of the category-change for Orange Is The New Black from comedy to drama.
Many critics have described the 2015 Emmys as perhaps boring and HBO-dominated, with HBO winning a total of 43 Emmys, more than any other network. HBO’s Game of Thrones in particular won a total of 12 Emmys out of their 24 nominations, breaking the record for series with most awards won in a single year.
However, almost every reviewer agrees that the highlight of the show was watching these two powerful women of color, Davis and Aduba, break their respective records—which in turn probably saved the recent downward viewership ratings.
The reason these women’s wins were taken to the headlines following the show is because they point toward a notable breakthrough for minority visibility, more specifically for African American representation in television. Davis said, “Here’s to all the awesome people… who have redefined what it means to be beautiful, to be sexy, to be a leading woman, to be Black.”
Of course, much more is to be done in transforming the media and television to accept more racially diverse roles with substance. Davis discussed this by opening her speech with a Harriet Tubman quote, saying, “In my mind, I see a line. And over that line, I see green fields and lovely flowers and beautiful white women with their arms stretched out to me, over that line. But I can’t seem to get there no-how. I can’t seem to get over that line.” With that, she added the single most impactful statement of the night, saying “the only thing that separates women of color from anyone else is opportunity. You cannot win an Emmy for roles that are simply not there.”
It’s no secret that African Americans are under and mis-represented in the media, with around 13% of the U.S. population identifying as Black, but only 10.8% of speaking (not lead) characters in top-grossing films are apparent Black (Table 1). Often, these minority characters are little more than hypersexualized stereotypes, with 31.8% shown in “sexy attire” and 30.5% shown with nudity (Fig. 2). There’s a massive shortage of leading roles or roles of substance for African Americans, and the whitewashing of the media (85.3% of lead actors White in 2012) creates a racially biased gap between the two groups (Fig. 17).
Moreover and quite obviously, the media industry is predominantly white male-based, problems similar to insufficient African American visibility widespread across all ethnic minorities and genders for all roles. These roles include not just the actors on screen but also those behind the camera and in the production crew. In fact, a whopping 100% of the cable comedies and drama creator Emmy winners in 2011-2 were White (Fig. 44), and 93.3% of those White creators male (Fig. 46).
These numbers illustrate the devastating reality of racial bias in the portrayed roles on television and in the media, and they explain why Viola Davis’s breakthrough with her win is so significant. Why it has taken so long for roles like Davis’s or Aduba’s on their shows to simply exist and be recognized by the television academy poses as a good question, especially in a seemingly progressive modern day-and-age United States. It also creates even more questions, such as “How can roles for other minorities, such as Asians or Latinos, also come into the picture?” or “How can we now integrate more directing and creating roles into the industry?”
I can’t predict the year where finally a just representation of minorities and equal opportunities for these actors and actresses in the industry exist, but Davis’s speech has definitely rung a bell for the academy audience and called attention to the equality gaps and holes in the industry. What happens next is up to a wide response to her speech, either by continuing to fail to recognize minority importance or instead actually transforming to accept more diverse roles. Only then will we “get over that line.”