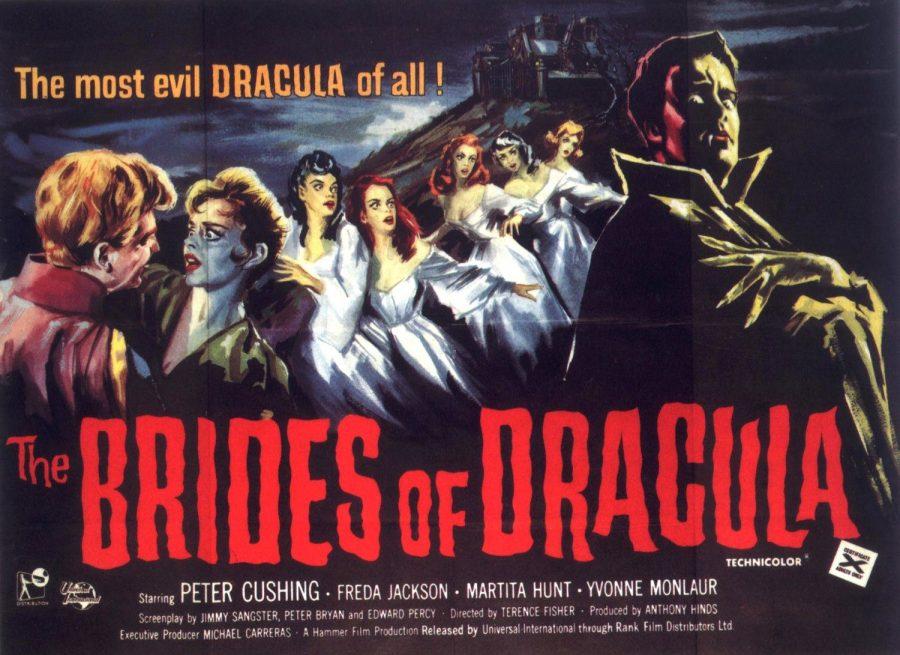 by Andrew M. (10)
The month of all Hallows Eve is upon us; and to get in the spirit, here are some frightful, lesser-known horror movies.
1. House of Usher (Color/1960)

Shot in a mere 15 days on a relatively low budget, House of Usher is the finest example of director Roger Corman’s genius. Roderick, the last male of the Usher family, is determined to see the family line end, as he believes it is cursed. A sickly sweet macabre, this movie, based on the short story ‘Fall of the House of Usher’ by Edgar Allen Poe, is one of the best examples of American gothic horror. The line between the supernatural and the insane is blurred so that you never truly know whether the Ushers are insane or just cursed, as they believe.
2. Phenomena (Color/1985)

Phenomena, directed by Dario Argento, the Sergio Leone of Italian Giallo horror, has a style like no other horror movie. Whether this is a good thing or not I will leave for you to decide. The plot, though decent, has the potential to be so much better that it brings tears to my bloodshot-horror-movie-watching eyes. Jennifer Corvino, the daughter of a movie star, is sent to a girl’s boarding school in Switzerland. She has an unusual ability – a psychic link with insects. With the help of a wheelchair-bound scientist, she uses her gift to stop a serial killer from butchering young women. If you’re looking for originality and a creative cinematic style, this movie is for you.
3. The Brides of Dracula (Color/1960)

Very few horror movies can surpass the sheer awesomeness that is The Brides of Dracula. It is arguably the best of the Hammer House of Horror’s Dracula film serial, and should not be dismissed for its cliché name. The film pits the ever-resolute Van Helsing against the preeminent disciple of Dracula, Baron Meinster. Marianne, a beautiful young schoolteacher, is caught against her will in the last great battle between vampire and vampire slayer. This classic movie stands the test of time, but for the heartless among you who discredit films merely for their age, you’ll at least be sure it’s better than the Twilight saga.
4. The Revenge of Frankenstein (Color/1958)

The Revenge of Frankenstein is another fantastic film from Hammer House of Horror. Hammer was the British equivalent of Universal Studios when it came to horror, making their own versions of movies like Dracula, Frankenstein, and The Mummy. The Revenge of Frankenstein is one of the best Frankenstein films. It is wrought with powerful emotion like few other horror films of its time. Baron Frankenstein is desperate to avenge the destruction of his life’s work. Standing in his way is Karl, the tragic cripple who only wants to live a normal life. I have seen it twice. You should see it thrice.
5. The Changeling (Color/1980)

The Changeling is a good example of what a haunted house movie should be like. John Russell is a pianist and composer who recently lost his wife and daughter to a car accident. In his attempt to rebuild his life, John seeks isolation in an old Victorian mansion, which happens to be haunted by the spirit of a murdered child. By today’s standards, this film is perhaps tame, as it contains no dismemberment of humans. I am an ardent dis-liker of horror films that are essentially Saw clones. This film was the original, quintessential haunted house movie and gives you fear, not disgust, and that’s refreshing. Like the trailer says, many movies can scare you, but few can really terrify you.