Toughen up: women in the real world 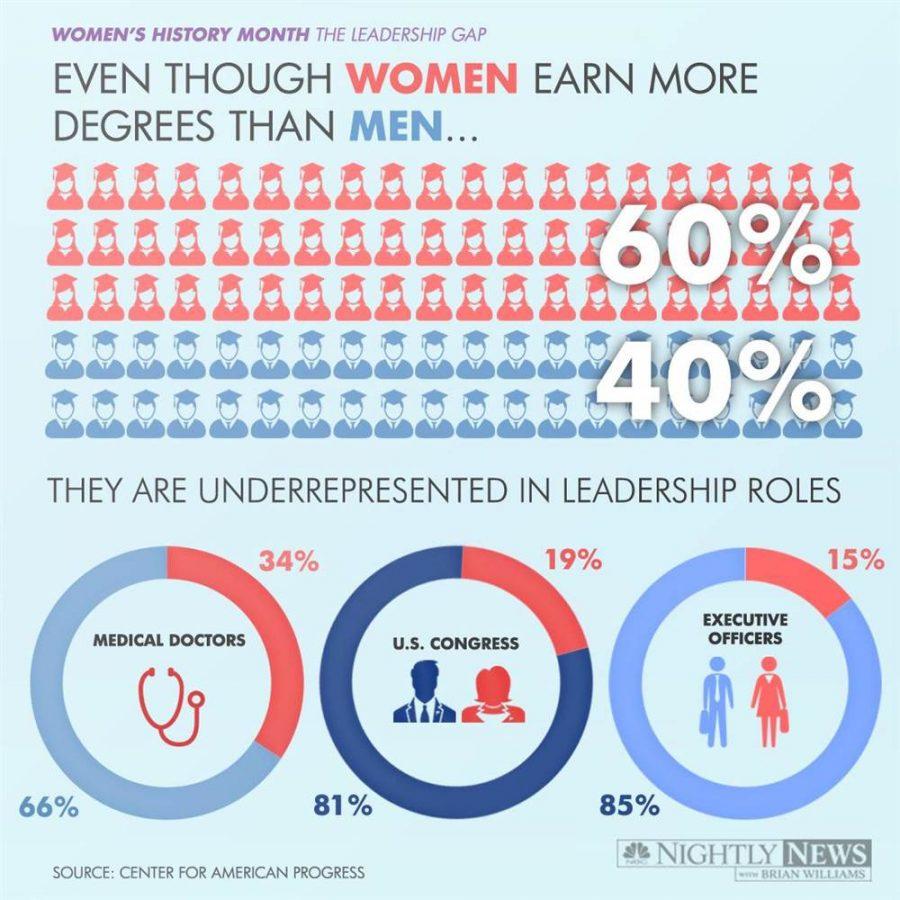 Being the minority is not a foreign concept to me. When I lived in America, I belonged to the Asian minority; now, here in Taiwan, I belong to the international minority. In fact, much of our student population seems to fall in that in-between zone, not being able to identify as completely Taiwanese but not entirely American either. So I decided to find out what makes a minority a minority. We often refer to ourselves or others as the “minority” but the social context behind what we’re implying is ignored. A minority group is officially defined by Google as “a category of people differentiated from the social majority.” Social majority. I think we can all safely assume that Asians make up the racial majority of TAS. In this new lens, our school’s leadership resides with two minorities: caucasian and female. Dr. Hennessy is one of the few women in leadership positions among international schools in Asia. When we take a look at the bigger picture, this is actually a drastically small number. Men continue to hold higher percentages of positions in the education profession. It’s easy to overlook the discrimination female figures in leadership face on a daily basis. After all, with Tsai Ing-wen and Hillary Clinton running for president in Taiwan and in the United States respectively, at first glance, society seems to be  fairly accepting of women holding leadership positions. It appears that at last, people no longer deem women “inadequate” as leaders and are finally recognizing their achievements. To me, however, it seems that the more women are finally stepping it up, the more people are starting to doubt the motive behind their actions. Are they trying to accomplish practical tasks, or just trying to prove that women are capable? This idea on its own can make a woman lose her credibility all at once and because of this, women are forced to work harder for the same benefits as men. This past summer, I picked up Lean In by Sheryl Sandberg, the COO (Chief Operating Officer) of Facebook, and as she recounted her struggles and journey to get to where she is now, the emotion that stuck with me the longest was sympathy. She wrote, “Careers are a jungle gym, not a ladder.” The message she was trying to convey was for people to think outside the box and design ways to reach the top rather than stick to a path preset for you. Having heard that analogy, I couldn’t help comparing the preset ladder to the different ways men and women reach certain points in their careers. Sandberg also delves into this in her book as she reflects on instances where, as a woman, having great credentials is simply not enough. I’m not trying to say that men do not work hard for their achievements, but rather, maybe it’s time we start thinking about what we can   do to level the standards we compare men and women to. Two people, one male and one female, can work the same job, same hours, but it wouldn’t take a genius to guess who will be promoted first. Regarding such ever-present double standards, Dr. Moran said, “Women have to be more experienced and more qualified when competing against men for leadership positions. Certainly, I receive greater respect as Dr. Moran than I would as Ms. Moran or Mrs. Moran.” Because women are seen as inferior, albeit subconsciously, even today, it’s crucial for us to be extremely aware of the opportunities present for us, and to not take them because they will boost our reputations, but because we genuinely believe a woman can do as good a job as a man can with the same task. “As a woman leader, you have to get on equally well with not just men, but also women. In the field of education, where the majority of teachers at elementary and middle schools are women, you’d better be a good leader for women and preferably [one] who fosters leadership in other women,” said Dr. Moran. Each woman’s mindset is the key factor to all of this, but we must acknowledge our rigid ideals about masculinity. In order for us to move forward and start making changes to the way women are viewed compared to men in the workplace, we should start at home. If we can shatter the stigma behind being a house husband, we can also empower the female leader.   “One aspect of today’s society that promises hope for future women leaders is the role of men in the home,” said Dr. Moran. “It’s okay to be a house husband. It’s expected that you are equal partners in the home and child-raising. That is a giant leap forward for families of aspiring female leaders.” Women in leadership have no choice but to toughen up and get ready for a rockier ride. Sandberg embodies what a brave, ambitious woman should be like and I can only hope that as we get older, the jungle gym continues to exist but we will have brought in our own ladder.