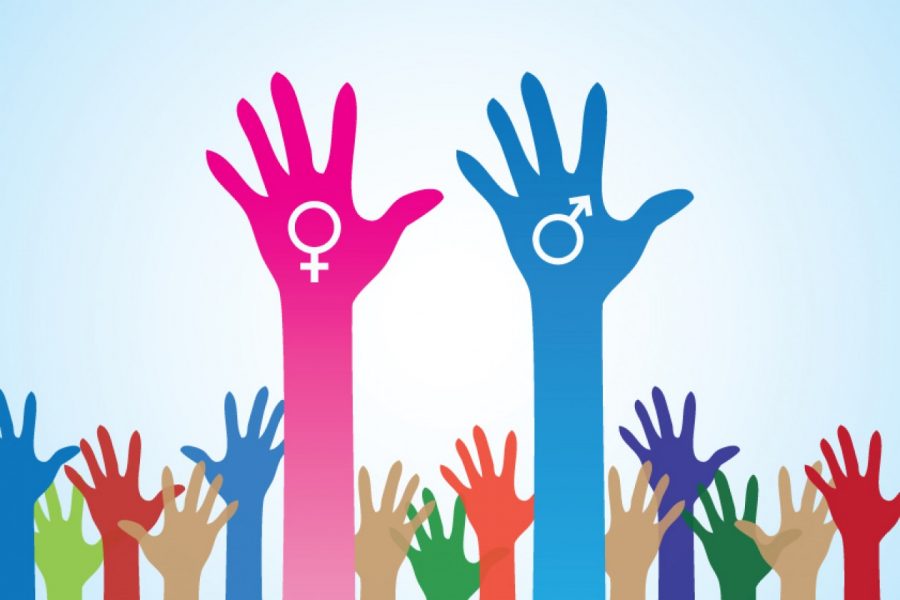 Two days ago, I asked my friend, your typical 16 year-old adolescent boy, if he was a feminist. He hesitated, looked confused, and said “I don’t know…. I don’t oppose it, but I don’t support it.”

Merriam Webster dictionary states that feminism is “the belief that men and women should have equal rights and opportunities.”

If that is what feminism is, why are men afraid of being labeled as feminists? Do they not support the equality of the sexes?

Somehow, somewhere along the way, this basic definition was lost. Feminism is not the belief that women are greater than men. Feminism is the fight for equality.

Feminism means so much more than just decreasing the wage gap between females and males. On average in the US, women earn about 82 cents to every dollar a man earns. But that’s just a measurable gap between the “rights and opportunities” of men and women.

Feminism means that women should be valued by their character, their actions, and their beliefs, instead of what they’re wearing. Why are influential women who walk down the red carpet asked about who designed their dress, or about their recent break-up, as compared to their impact on the world? Why is it normal that actors are asked about their fitness regime or love life instead of their work? Why are Olympian female athletes judged on their selfies, their hairstyles or bikini bodies instead of the world records they break or medals they win?

Some people say that the two sexes are inherently different. Men and women have different bone structure and different thought processes. But this shouldn’t affect the way they are treated. Are women not capable of becoming world class athletes or finding the cure for cancer? Are women not deserving of fair treatment? Are women inferior?

So why are we not all feminists? I think, I hope, all of us belief that everyone should have “equal rights and opportunities.” So why are we not all feminists? This is our choice. Why is “running like a girl” falsely and insultingly considered to be this image of flailing arms and poor posture? Why doesn’t “running like a girl” conjure up an image of American world-record holder FloJo, a fierce athlete who dedicated her life to running?

This is our choice. Why are young girls, as young as five years old, objectified and reduced to the attractiveness of their bodies? Why should these girls feel unsafe walking down the street at night, and why should people feel like they can comment on their bodies?

This is why we need feminism. This is our choice. Our choice as to who we want to be, if we want to be feminists and value people based on their character, not on what gender they identify as.

This is our choice. To teach our daughters that yes, you can be a doctor. That you can be a doctor, a mother, you can be anything you choose. That mothers should not be blamed for spending less time with their children compared to their husbands. To teach our sons that yes, you can stay at home as well and that is perfectly fine. This is our choice. Our choice is to teach gender equality. Our choice is to be feminists.