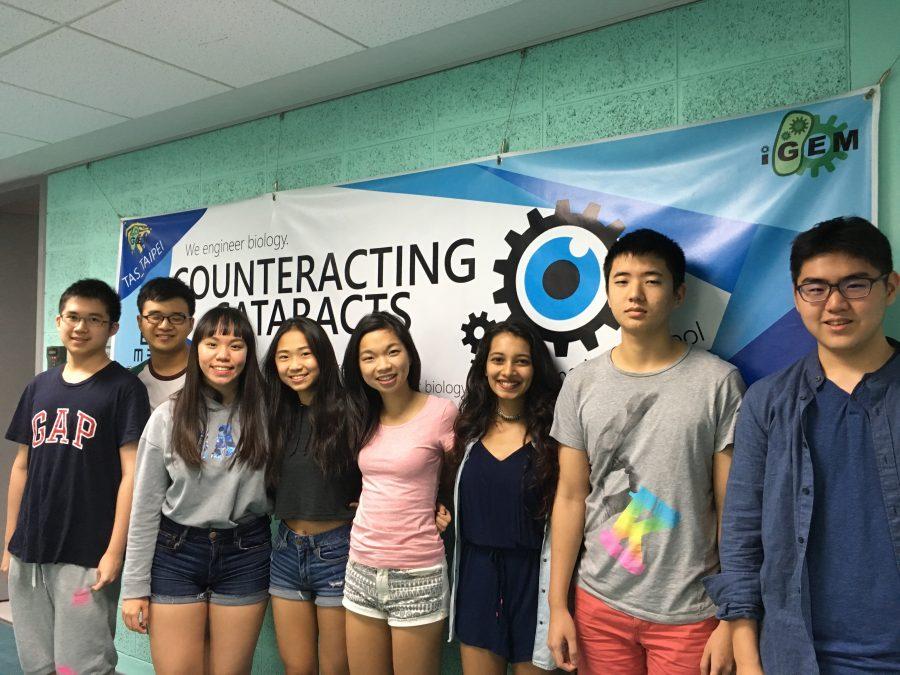 The Internationally Genetically Engineered Machine is a worldwide synthetic biology competition for high school, undergraduate and graduate students where they present their projects. The Giant Jamboree is an annual showcase where all teams are invited to present their projects and compete for prizes. This year’s Jamboree begins on October 27, 2016 and ends on October 31, 2016. The event will be at the Hynes Convention Center in Boston, Massachusetts.

The project the team is focusing on this year is the prevention and treatment of cataracts. Cataracts occur due to oxidation in the eye, which causes the eye’s lens protein to clump. Thus, the project prevents cataracts by recycling antioxidant to prevent oxidation in the lens and the treatment reverses proteins that are already aggregated.

Because of the project’s ambitious scope, the TAS iGEM team faced numerous difficulties this year. This ranged from testing through fish lenses to the tedious work of cloning, where different parts are assembled to create a construct. Fiona says, “we failed again and again but tried again and again”.

Further adding to their difficulties, the team had to stop work in June and move to an unfamiliar lab at National Yang Ming University. Arranging times to meet is also a major difficulty. Mr. Clapper, the team’s advisor, says “the team displays their dedication by giving up their mornings, flex periods, lunch times and after school times as well as their summer” and their dedication to the project becomes very evident especially when difficulties arise. No wonder they call the lab their “second home”. Currently, the iGEM team is polishing their data and finalizing parts of the project.

Project head Fiona is excited to listen to over 300 teams present their projects at the iGEM competition this fall. As a senior, she enjoys the entire process of starting a project from scratch, from coming up with absurd ideas such as bacteria that make Coca Cola, to actually planning the experiment and devising and improving lab procedures. She hopes that the team will repeat last year’s success in October.