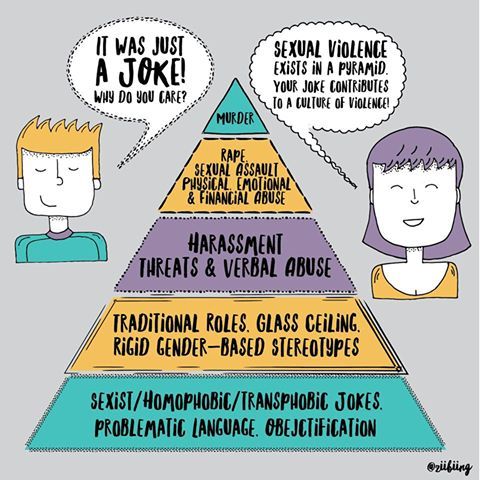 It is important to realize that every 2 minutes, an American is sexually assaulted. As a generation, we are making huge advancements socially. We are increasing support for LGBTQ groups and the Black Lives Matter movement, and we are raising awareness for mental diseases.  Yet, even as people are becoming more open to things and ideas, we are also undermining grave issues.

Rape is one such case. The phrase “rape culture” is common, but what exactly is it? It is the growing culture where sexual assault is becoming the norm. It is when the seriousness of rape is downplayed. It encompasses a variety of things that span from just trivializing the importance of gender roles to the physical aspect of rape. As Ms. Chen, faculty co-sponsor of the club, Girl Up puts it, “It is a spectrum that ranges from the lowest tier of rape culture, like language that manifests unhealthy gender stereotypes, to the highest tier, which is sexual assault and violence.”

How do you make a funny joke about rape? You don’t. Rape does not mean totally annihilating someone in a game of League of Legends. Rape is committing unlawful sexual activities against someone’s wishes which as a result is a violation of human rights. It is not a metaphor to be bandied about in everyday situations because if we normalize it in our language, we, as a society, are also normalizing it as an action.

When you joke about rape, think about what you are doing, do you really mean what you are saying? You are beginning to enter the lowest tier of rape culture. “It’s like climbing a ladder.  You joke about rape, people laugh, and you think that it’s okay.  But pretty soon, with that mindset, you will begin to advance into the higher steps of the rape culture ladder you still think that it is okay.” says Janice Yang (11), president of Girl Up. No one says rape is okay. But by allowing an inappropriate joke about rape to pass, you are mindlessly feeding into the growing rape culture.

#rapecultureiswhen is a growing popular hashtag on social media that raises awareness about rape culture. But social media also perpetuates rape culture. Inappropriate captions are being made.  Does the posted picture have any relevance to the issue of rape? If not, please reconsider your post and the message you are sending out. In my opinion, I think it would be better to not post pictures of your squad with the word rape in the caption, unless you are raising awareness about rape.

Rape culture is not just about the trivialization on the consequences of rape. Small things can consume rape culture. Please be careful of your language and think before you speak, your words do have an effect on people. You can create the effect that rape is not a light issue and that rape is okay.  #rapecultureisreal